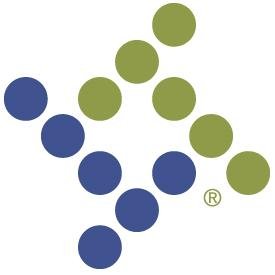 In a post published Monday by Bob Ambrogi of LawSites, the two companies announced their union at the end of May. Modria, which was co-founded in 2011 by Colin Rule, the designer of eBay’s automated online dispute resolution program, and Chittu Nagarajan, the woman who ran the biggest ODR system in Asia, will become part of Tyler’s Courts and Justice Division where it will assist courts in handling their heavy caseloads.

According to Ambrogi, Modria is being used by various e-commerce sites, most notably the Rechtwijzer site in the Netherlands, as well as several tax assessors in the U.S. and Canada.

“This combination will create a single system capable of supporting citizens all the way through their justice journey,” Modria wrote on its blog. “Marrying Modria’s technology with Tyler’s advanced guidance, e-filing, and court case management tools will create a comprehensive system that expands access to justice while meeting the ever-increasing expectations of citizens in the modern era. … Modria customers will gain access to sophisticated support and training platforms as well as best practices used to develop, install and maintain Tyler products, including 24/7 client support, an online forum and knowledge base where clients share ideas and ask questions.”

According to a press release, Tyler Technologies plans on integrating Modria into its Odyssey File & Serve e-filing software.

“Modria will provide Tyler’s court clients with efficient ways to handle large volumes of disputes in an automated fashion, through integration with Odyssey,” Tyler Technologies said in the release. “Specifically, it will help reduce the number of cases that need to be heard, leading to reduced costs in the court and in clerk offices for supporting these hearings.”

Ambrogi reports that Rule will join Tyler as vice president of online dispute resolution. Rule told Ambrogi that Modria will drop its e-commerce customers and will concentrate on courts and alternative dispute resolution organizations.