Uneasy Targets: How Justifying the Killing of Terrorists Has Become a Major Policy Debate 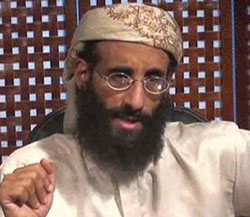 With his American birth, loyalty to Yemen and dedication to radical Islam, Anwar al-Awlaki’s life was a raft of conflicts. So, too, was his death. Two Hellfire missiles shot from U.S. Predator drones struck the 40-year-old and his entourage last September as they traveled through the Arabian nation’s northern region.

Al-Awlaki was born of Yemeni parents in New Mexico in 1971. He went to Colorado State University, studying to be an engineer, and later received a master’s degree from San Diego State University.

But in 2010 President Barack Obama reportedly signed off on his targeted killing. Obama later praised the attack. Al-Awlaki “took the lead in planning and directing efforts to murder innocent Americans,” Obama said. “He repeatedly called on individuals in the United States and around the globe to kill innocent men, women and children to advance a murderous agenda.”

Al-Awlaki was drawn to Islamic fundamentalism in college when he traveled to Afghanistan after the Soviet occupation. By 2002 he left the U.S. altogether, eventually settling in his ancestral Yemeni village.

With his English fluency, al-Awlaki used the Internet to broadcast his lectures and sermons condemning the U.S. and inspiring other English-speaking extremists to join terrorism plots. The FBI identified him as a senior recruiter for the terrorist group al-Qaida.

Among his contacts was U.S. Army officer Nidal Malik Hasan, charged with killing 13 people and wounding 29 others in the November 2009 Fort Hood shootings near Killeen, Texas. Al-Awlaki praised Hasan: “The heroic act of brother Nidal also shows the dilemma of the Muslim-American community.”

Another contact was Umar Farouk Abdul mutallab, the suspect in the attempted bombing of a Detroit-bound Northwest Airlines jet on Christmas Day in 2009.

In 2010, al-Awlaki’s father filed a lawsuit in the U.S. District Court for the District of Columbia, claiming, among other complaints, that the U.S. government’s threats against his son violated his constitutional rights. But the court dismissed the case, denying jurisdiction, in December 2010. image

U.S. intelligence spotted al-Awlaki Sept. 30 as he apparently stopped to eat breakfast with his colleagues. Also killed in the blast was Samir Khan, an American born in Saudi Arabia and editor of al-Qaida’s English-language online magazine, Inspire.

Two weeks later al-Awlaki’s 16-year-old son, Abdulrahman al-Awlaki, a U.S. citizen who was born in Denver, was also killed by a CIA-led drone strike in Yemen.

In hailing al-Awlaki’s death, Obama called the strike “a major blow to al-Qaida’s most active operational affiliate.” The killing, Obama said, “is further proof that al-Qaida and its affiliates will find no safe haven anywhere in the world.”

That last statement underlines one of the most crucial aspects of 21st century warfare: Can anyone—American citizen or not—become the object of a targeted killing anywhere in the world?

Click here to read the rest of “Uneasy Targets” from the April issue of the ABA Journal.