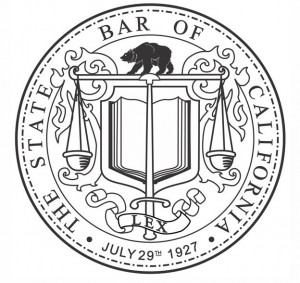 In an email to the ABA Journal, Michael G. Colantuono, president of the State Bar of California, wrote that as part of collective bargaining, the parties agreed not to share specific bargaining proposals with the media.

“The State Bar is committed to the value of fairness, including fair compensation for our staff, and to good faith bargaining. We hope for a swift resolution to collective bargaining, so that many of our employees can start to benefit from compensation increases,” he wrote. “We disagree with the premise of the Union’s (Public Employment Relations Board) filing, and are disappointed that it includes inaccurate information and a number of mischaracterizations.

“We are equally committed to the well-being of our staff and to our public protection mission. We are grateful that the Union is advocating for the interests of staff, and we want to do right by the people who carry out the Bar’s public protection work every day.”

According to the charge, the state bar has repeatedly denied union wage proposals, claiming a funding shortfall. The state bar has reportedly stated that attorney licensing fees are its largest single source of revenue—and haven’t risen in 17 years.

According to the union charge, the state bar has claimed to have a $6.8 million structural deficit.

“When the State Bar articulated its poverty defense, the Union had a duty to seek information to confirm or debunk this defense. For the State Bar to plead poverty then deny access to records is the height of bad faith bargaining. This cannot be tolerated,” states the charge received by the Public Employment Relations Board on Nov. 15.

Also, the union accuses the state bar of blocking bargaining on job classifications tied to a class and compensation study, and proposing that the workweek be changed to 40 hours, from 36.25 hours, with “no commensurate increase in pay.”

Last December, the SEIU proposed 6 percent annual salary adjustments for members as part of a three-year contract. That was rejected by the state bar because of the agency’s funding shortfall, according to the charge.

The SEIU made some concessions in subsequent proposals, including eventually dropping its proposed cost-of-living annual increase to 4.5 percent and agreeing to a work week increased from 36.25 hours to 40 hours, providing that employees are compensated for the extra work, according to the charge.

The state bar has yet to disclose budget information, according to the union, despite multiple requests, and has continued to have a “take-it-or-leave-it” position.

The state bar has held 17 collective bargaining sessions this year, according to Colantuono, and another is scheduled for December.

Parties went to the bargaining table in September. State bar management stated that the union’s proposal was too expensive, and the union demanded relevant information about the state bar’s budget and personnel costs. The state bar claimed it lacked fiscal information for 2018-19, which the union describes as “implausible.”

On Sept. 18, the union sent a written demand for the state bar’s relevant budgetary documents. The following day, the state bar’s executive director reportedly sent employees an email detailing its “final proposal,” with the statement that if it could not reach an agreement with the union, impasse procedures would be used.

“Management’s direct communication to Union members diverted the Union’s focus from bargaining to correcting the misleading descriptions to our Members of management’s proposals, as well as any inference that the bargaining process was near impasse,” the charge states.

In a written response to the union on Oct. 5, the state bar said it didn’t have responsive documents for the 2018 or 2019 budgets, according to the charge. It also refused changes to the class and compensation study.

The parties went back to the bargaining table Oct. 23. Management said there would be no cost-of-living increases for employees, according to the charge, and it would not discuss union issues with the study.

On Oct. 27, the union submitted an information request to the state bar for budget information. The state bar provided the board of trustees’ budget agenda item from its Nov. 2 meeting, which documented a recent internal rule change that institutes a one-year budget period. Traditionally, the bar has been required to submit three-year budget projections, according to the charge.

“The State Bar also submitted a one-year budget for 2017. The three-year budget process has also not aligned with the Board of Trustee’s strategic planning process, and we are working to line those up. Next year the Board will be asked to adopt a long-range budget in alignment with the strategic plan – but this will come after the Board has updated that plan with long-term budgeting in mind,” he wrote.

A report detailing the state bar’s proposed baseline budget for 2018 can be found here (PDF).