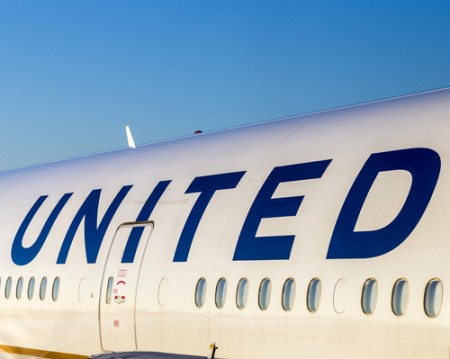 Dr. David Dao, the man seen in a viral video being dragged off a United Airlines flight earlier this month, has reached a settlement with the airline, his attorneys announced Thursday.

According to Chicago law firm Corboy & Demetrio, Dao has reached a confidential settlement with the airline. The doctor was represented by Thomas Demetrio of Corboy & Demetrio, and Stephen Golan of Golan Christie Taglia, also based in Chicago.

Dao was flying April 9 from Chicago’s O’Hare Airport to Louisville, Kentucky, when United ordered him and three other random passengers to leave the plane to make room for four crew members scheduled to work on a flight out of Louisville. Dao refused to leave when he realized the next flight was the next day, saying he needed to meet with patients in Louisville the next morning. The crew called law enforcement from the Chicago Department of Aviation to remove him.

The officers physically lifted Dao from the seat and dragged him down the aisle of the airplane. Demetrio later said Dao lost two teeth, broke his nose and sustained a concussion. Accounts of fellow passengers differ from the accounts of airport police CNN reported, but other passengers captured the incident in cellphone videos.

Those videos went viral, prompting several statements and policy changes from United Airlines. President and CEO Oscar Muñoz initially praised the flight’s crew for following procedures and called Dao “disruptive and belligerent.” But Muñoz later apologized to Dao, promised that United would not use law enforcement to remove seated passengers and said United would review its policies.

As Reuters reported, United announced Thursday that passengers who volunteer to give up their seats in these situations could get as much as $10,000 in compensation, topping an offer from Delta Airlines. United also said it would take steps to reduce overbooking.

Three officers from the Chicago Department of Aviation were put on leave this month in connection with the incident.

“Too often, lawyers expect that letting the legal process play out is the right thing to do, when a lot of times it can hurt,” he says. “So getting this behind them is the right move from both a PR and ultimately a legal perspective.”

“United has taken full responsibility for what happened on Flight 3411, without attempting to blame others, including the City of Chicago,” the release said, attributing the remarks to Demetrio. “For this acceptance of corporate accountability, United is to be applauded.”

Video of the incident on the United aircraft: