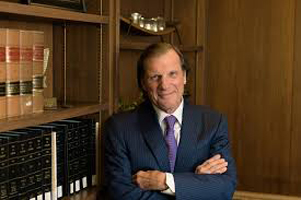 Hugh F. Culverhouse Jr., a Florida attorney and developer, has agreed to donate $26.5 million to the University of Alabama School of Law over the next four years.

The donation is the largest in the university’s history and includes naming rights, the Herald-Tribune reports. The school will be known as the Hugh F. Culverhouse Jr. School of Law at The University of Alabama.

According to a press release, Culverhouse has already given more than $11.5 million of his committed donation.

Culverhouse hopes that the donation will give the law students the freedom to pursue jobs they love, the Tuscaloosa News reports. He mentioned his own work as an assistant U.S. attorney.

Culverhouse and his wife, Eliza, donated $1.5 million to the law school last year, to fund an endowed chair professorship in constitutional law, the Tuscaloosa News notes. Over the past decade, the couple has donated approximately $38 million to the university, most of which has been in scholarship support.

Both of Hugh Culverhouse’s parents attended the University of Alabama, according to the Herald-Tribune. His mother was on the golf team, and her son’s donations include $2.25 million to fund scholarships for female golfers. Also, Culverhouse gave $5.3 million to the university’s business school with naming rights to honor his father.

The ABA Journal and the law school partner on an annual writing award, the Harper Lee Prize for Legal Fiction. The 2018 award went to Cynthia E. Tobisman, an appellate lawyer and the author of Proof, a novel.