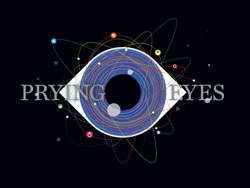 In the hyperpartisan world of contemporary Washington politics, it would seem unlikely that Republican anti-tax warrior Grover Norquist and liberal civil liberties groups like the ACLU would be fighting together on any issue. But one law has brought together Norquist and the ACLU, as well as tech giants like Google and other Internet providers.

That law is the Electronic Communications Privacy Act of 1986. A broad and diverse coalition is demanding that Congress update the law to protect emerging Internet technologies. They believe that the law, passed in the pre-Internet era, fails to protect Americans’ digital communications from government eavesdropping and surveillance. But the Department of Justice and several other federal agencies are resisting some of the proposed changes.

“Today, if the police want to come into your house and take your personal letters, they need a warrant. If they want to read those same letters saved on Google or Yahoo, they don’t. The Fourth Amendment has eroded online.”

“The problem with the law is so big that this is not about right versus left,” says Jim Dempsey, vice president for public policy at the Center for Democracy & Technology. “What we want is a policy that protects users and their privacy. We need a privacy framework against warrantless wiretapping.”

Click here to read the rest of “Prying Eyes” from the April issue of the ABA Journal.