'Untimely releases' affected more than 4,300 federal prisoners; 157 were due to staff errors 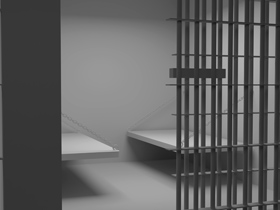 A report by the Justice Department’s Inspector General has found that, over a six-year period, more than 4,300 inmates were released from federal prison on the wrong date, and 157 of the wrong releases were due to staff error.

Most of the staff errors occurred because of mistakes in sentence computation by a federal center created in 2005 to perform that function. The calculations were most often wrong because of incorrect application of jail credit, incorrect determinations of primary jurisdiction between federal and state custody, and errors relating to concurrent versus consecutive sentences. Other errors occurred because of poor communication with outside entities, such as local jails and state departments of corrections.

The Bureau of Prisons told the Inspector General it was unlikely that staff error by federal officials contributed to the wrong release date for the 4,183 other prisoners. Most of the wrong releases in that group were because of situations beyond the Bureau’s control, such as amended sentences that resulted in shorter sentences than the time an inmate had already served.

Justice Department spokesman Patrick Rodenbush noted that mistakes are rare. He told the Washington Post that the overall accuracy rate for timely release during the six-year period was 99.97 percent.