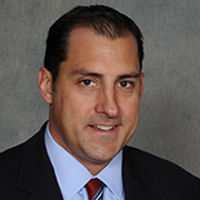 U.S. Attorney John Lausch of Chicago has been tapped to oversee the Justice Department’s production of documents in a House Judiciary Committee probe into the FBI’s handling of Hillary Clinton’s use of a private email server when she was secretary of state.

Attorney General Jeff Sessions is acting after President Donald Trump criticized the Justice Department in a tweet for failing to turn over requested documents, report BuzzFeed News, the Chicago Tribune and Politico.

Justice Department spokeswoman Sarah Isgur Flores said Sessions and FBI Director Christopher Wray asked Lausch to handle the job because he is “outside of D.C. and independent of the FBI hierarchy.” The FBI has assigned 54 staff members who are working two shifts daily to the document production requests.

The Tribune describes the House Judiciary probe as “a political hot potato that may test Lausch’s reputation for impartiality.”

Lawmakers of the House Judiciary Committee are angrily accusing the Department of Justice of missing the Thursday Deadline for turning over UNREDACTED Documents relating to FISA abuse, FBI, Comey, Lynch, McCabe, Clinton Emails and much more. Slow walking - what is going on? BAD!

What does the Department of Justice and FBI have to hide? Why aren’t they giving the strongly requested documents (unredacted) to the HOUSE JUDICIARY COMMITTEE? Stalling, but for what reason? Not looking good!