US is an outlier on death penalty attitudes in North America, ACLU attorney says 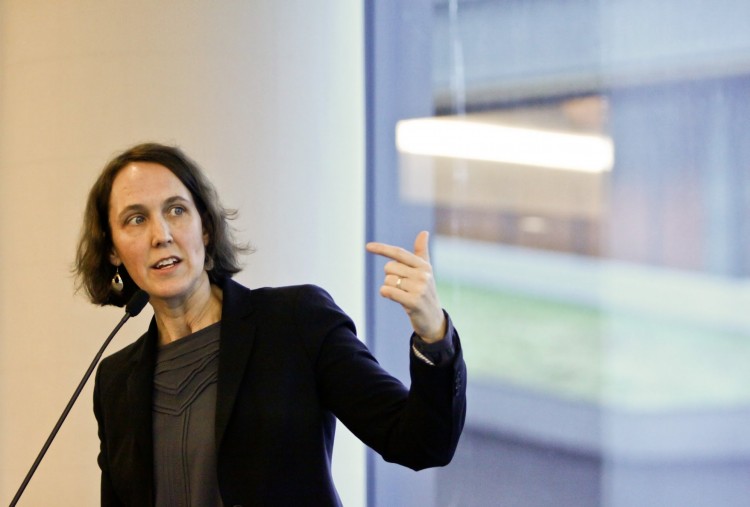 Cassandra Stubbs, director of the ACLU Capital Punishment Project, speaks during the session, “A North American Perspective on the Death Penalty: The American, Mexican and Canadian Experiences,” on Friday during the ABA Midyear Meeting in Vancouver, British Columbia. (The Canadian Press Images/Michael Desjardins).

When it comes to imposing the death penalty, the United States has long outpaced North American neighbors Canada and Mexico, according to the director of the ACLU Capital Punishment Project.

Cassandra Stubbs, speaking Friday at the 2018 ABA Midyear Meeting in Vancouver, British Columbia, told the audience of “A North American Perspective on the Death Penalty: The American, Mexican and Canadian Experiences” that while the death penalty was legal in Mexico and Canada during the early-to-mid 20th century, neither country actually carried out many death sentences.

Stubbs said Mexico has long had antipathy toward the death penalty, partially because it is a predominantly Catholic country. Between 1908 and 1961, only 11 people were executed; and the last civilian execution took place in 1937. Though the penalty remained on the books until 2005, no one was executed after 1961. Canada conducted its final execution in 1962 and fully abolished the death penalty in 1998.

In contrast, Stubbs said, executions in the United States rose in the 20th century, despite a 10-year period from 1967 to 1977 when no executions took place. In 1972, the U.S. Supreme Court had suspended capital punishment with Furman v. Georgia, but the justices’ 1976 decision in Gregg v. Georgia allowed for its resumption. The greatest number of executions took place in the 1930s and 1940s with another, smaller spike in the 1990s, Stubbs said. But executions have been steadily declining: In 1997, 74 people were executed; in 2017, 23.

In the CLE session, sponsored by the Criminal Justice Section, Stubbs walked the audience through the current state of the death penalty in the United States, how racial discrimination affects who is sentenced to death, and how the diminished use of the death penalty could form the basis for a future U.S. Supreme Court decision abolishing it entirely. 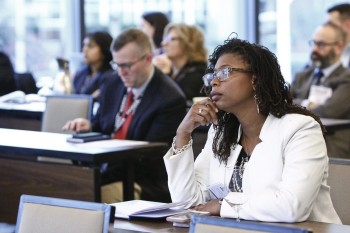 Attendees take in the session, “A North American Perspective on the Death Penalty: The American, Mexican and Canadian Experiences,” on Friday during the ABA Midyear Meeting in Vancouver, British Columbia. (The Canadian Press Images/Michael Desjardins).

Robert L. Weinberg, a past president of the District of Columbia Bar and the Bar Association of the District of Columbia, had a question for Stubbs. He brought up Resolution 111, which is scheduled to be considered by the ABA House of Delegates on Monday. If the resolution is passed as currently written, the ABA would urge all death penalty jurisdictions to prohibit the execution of offenders who were 21 or younger when their crimes were committed, but “without taking a position supporting or opposing the death penalty.”

“Yes,” Stubbs replied. “I think that’s an important part of the ‘evolving standards of decency’ that the Supreme Court explicitly said, that you look to the views of professional organizations and associations. And we have seen a number of national groups that were formerly supporting of the death penalty that have changed their position, and I think it would be powerful if the ABA did as well.”

One of the Canadian lawyers at the session asked Stubbs about the pro-death penalty forces in the United States and whether there are major organizations set up specifically to argue in favor of capital punishment.

“There are not large nonprofits devoted to being pro-death penalty,” Stubbs said. “There are a handful of prosecutors that play this huge role in driving the death penalty by seeking it disproportionately in their state.”

She used the example of Angela Corey, the former state attorney in Florida’s 4th Judicial Circuit, which covers Clay, Duval and Nassau counties. Corey, who was cited by a 2016 story in the New York Times as having “one of the highest rates of death sentences in the country,” lost an election to a Republican primary challenger later that year. Stubbs said the new state attorney has said she will not concentrate on pursuing the death penalty.

“It’s not because the constituents are demanding it,” Stubbs said. “And that’s what we’ve seen in a handful of these jurisdictions where we have really high drivers voted out of office and new folks come in: The death penalty is not the kind of issue that voters are voting on.”