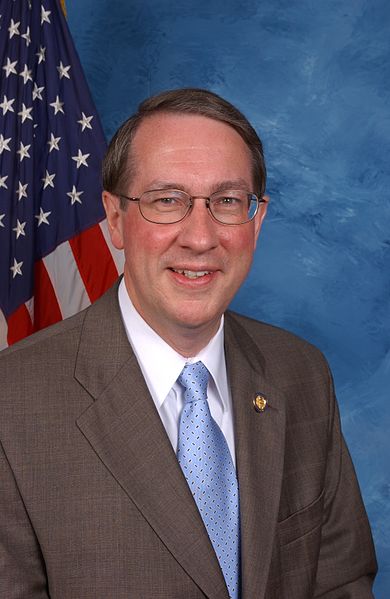 The chairman of the House Judiciary Committee is asking the ABA to amend its model ethics rules to require a disclaimer in attorney ads that seek plaintiffs who have been injured by pharmaceuticals.

The disclaimer should advise patients not to discontinue medication before consulting their physician, according to U.S. Rep. Bob Goodlatte, R-Virginia. His press release is here, and a post on Reuters’ On the Case blog is here.

According to Goodlatte’s letter, one ad holds itself out as a “medical alert,” another says a drug approved by the Food and Drug Administration is “dangerous,” and another shows a patient being loaded into an ambulance. He cites an article in the Heart Rhythm Journal that says numerous patients stopped using an anticoagulant drug after seeing legal ads, and two patients died.

The letter asked the ABA to respond by March 21. The ABA has received the letter, is looking at the issue, and intends to respond before the due date.

Goodlatte has also written a letter asking groups that air such ads to answer questions about their practices. According to the Reuters blog post, one of the companies receiving a letter (PDF) is the Relion Group Legal Network, which “seems to be a mass torts clients generator.”

According to Reuters, the letter “could be the beginning of significant federal scrutiny of the way plaintiffs’ lawyers obtain clients.”

The letter asks Relion to list which law firms are members of its network and to provide its contracts with lawyers and law firms. The letter also seeks prepared scripts used by its telemarketers, what kind of medical information is collected from potential plaintiffs, and with whom such information is shared.

Updated at 2:15 p.m. to indicate that the ABA has received the letter and intends to respond before March 21.