US News law school rankings are released; Pepperdine's mistake costs it a ranking 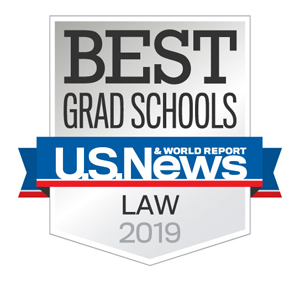 Yale Law School kept its No. 1 ranking in a list of the top law schools for 2019 released Tuesday by U.S. News & World Report.

Another school that posted a large gain was the University of California at Irvine, which jumped seven spots to No. 21. Above the Law has a list showing gains and losses here.

Above the Law and Law.com are reporting on a controversial decision affecting this year’s rankings. Pepperdine Law School jumped from 72 to 59 in an embargoed version of the rankings, spurring the school to take another look at its numbers, Pepperdine law dean Paul Caron wrote at TaxProf Blog. The school determined it made an error. Its median LSAT score for all its students was 160, not 162 as initially reported to U.S. News.

Pepperdine told U.S. News about the error. In response, U.S. News removed Pepperdine and said it was “unranked due to a reporting error by the school.” According to Caron, the school would have been ranked 62nd or 64th if U.S. News had recalculated the rankings with the corrected information.

“It is worth noting that Pepperdine did complete the data verification process during the data collection for law schools, assuring U.S. News that its information was accurate,” Morse said. “We do rely on schools to accurately report their information, and we thank them for their cooperation and efforts in doing just that.”