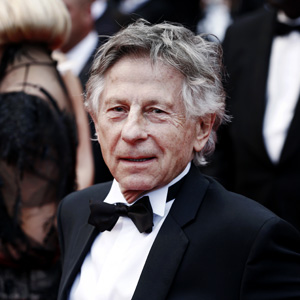 Prosecutors in Los Angeles have asked Poland to extradite filmmaker Roman Polanski to the United States over his 1977 conviction for unlawful sexual intercourse with an underage girl, the Associated Press and Reuters report.

The move is part of a recent flurry of activity in the long-running saga in which the Oscar-winning Polanski pleaded guilty decades ago to a charge of illegal sexual intercourse with a 13-year-old girl. Polanski was sentenced to jail for a 90-day psychiatric evaluation as part of a plea bargain, but was released after 42 days. He fled the country shortly afterwards. An Interpol warrant waits for him in 188 countries, but Polanski–who has French and Polish passports–has moved freely between Switzerland, France and Poland.

A spokesman for Poland’s prosecutor general told the AP that the country, as a general rule, does not extradite its citizens. According to Reuters, Polanski was questioned by Polish prosecutors in October. The prosecutors announced at that time that they felt they did not have grounds for arrest, and they would not make any further decisions until they received an extradition request. Polanski will now be questioned by them again, reports Reuters.

Polanski’s lawyers, including Alan M. Dershowitz, recently sought a new hearing in the case, alleging misconduct by prosecutors and the trial judge, and false information in an extradition request by the U.S. Justice Department in October, the Los Angeles Times reported.

Los Angeles County Superior Court Judge James R. Brandlin denied the request in December, noting that as a fugitive, Polanski does not merit a new hearing, the Times reported. The film director, wrote Brandlin, “is not entitled to avail himself of this court’s power to hear his demands while he openly stands in an attitude of contempt of a legal order from this very court.”

“After attacking all the judges of that court, it’s not particularly surprising that the judges were not willing to go out on a limb and grant this extraordinary request,” Laurie Levenson, a professor at Loyola Law School told the newspaper. “There’s not a lot of new law in support of the motion. The legal arguments they made are the same legal arguments we’ve heard before.”

Jerzy Stachowicz, a lawyer representing Polanski in Poland, said they would fight the extradition attempt.