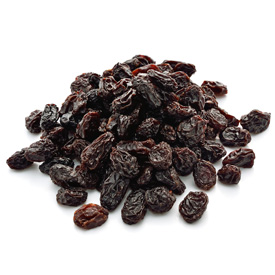 The U.S. Supreme Court has ruled that the Fifth Amendment’s takings clause requires the government to pay compensation for takings of personal property.

The court ruled in the case of raisin producers contesting a government set-aside program. SCOTUSblog calls the decision (PDF) “a major blow to government’s program of trying to boost prices by keeping crops off the market.”

Chief Justice John G. Roberts Jr. wrote the majority opinion, which was joined in full by Justices Antonin Scalia, Anthony M. Kennedy, Clarence Thomas and Samuel A. Alito Jr. Three other justices agreed that the set-aside program was a taking, but disagreed on valuation.

The principle goes back at least 800 years to the Magna Carta, which specifically protected agricultural crops from uncompensated takings, Roberts said.

The raisin set-aside program required a percentage of each grower’s crop to be physically set aside in certain years “for the account of” the government, without payment to the growers. The government then sells or disposes of the raisins with the goal of stabilizing raisin prices. The reserve requirement, Roberts said, “is a clear physical taking. Actual raisins are transferred from the growers to the government. Title to the raisins passes to the Raisin Committee.”

The Raisin Committee disposes of set-aside raisins in several ways, including overseas sales and donations to charities. Any profits are given back to raisin producers. Though growers retain this “contingent interest” in the raisins, there is still a physical taking requiring compensation, Roberts said.

“Once there is a taking, as in the case of a physical appropriation, any payment from the govern­ment in connection with that action goes, at most, to the question of just compensation,” Roberts said.

The raisin growers and handlers who had challenged the set-aside program, Marvin and Laura Horne, had been fined for refusing to participate in 2002. Nearly $484,000 of the fine represented the fair market value of the missing raisins, and $200,000 was for disobeying an order to turn over the raisins. The government will have to stick to the valuation, Roberts said, and the Hornes should be relieved of the duty to pay the entire amount.

In a partial concurrence and partial dissent, Justice Stephen G. Breyer agreed that seizure of the raisins was a taking, but he disagreed on valuation. The set-aside program is intended to boost raisin prices, and the increased value of raisins retained by the growers should be deducted from the value of the raisins held in reserve, Breyer argued.

Justice Sonia Sotomayor argued in a dissent that there was no taking because the raisin growers retained a right to some payment for disposition of the set-aside raisins.

The case is Horne v. Department of Agriculture.