A three-day suspension has been upheld for an Ohio fifth-grader accused of pointing his finger at the side of another student’s head and pretending to shoot him in class earlier this year.

Nathan Entingh, 10, admitted he made his hand into a gun-like shape, but said he had just been playing around, according to the Columbus Dispatch. An earlier Columbus Dispatch article provides additional details.

The boy also said other students at Devonshire Alternative Elementary School engage in similar behavior. “People play around like this a lot at my school,” he told the newspaper. 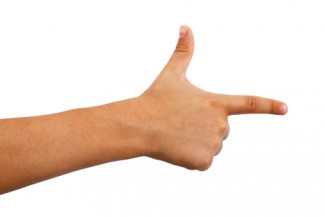 However, a spokesman for the school district said the rule against using a “look-alike firearm” had repeatedly been explained to students.

“The kids were told, ‘If you don’t stop doing this type of stuff, there would be consequences,’” said the spokesman, Jeff Warner. Three newsletters went home with children explaining the planned enforcement, he noted.

A hearing officer for Columbus schools upheld the suspension Monday. Entingh’s grandfather said the family plans to appeal to the school board.

ABAJournal.com: “Bill to protect schoolchildren from discipline over gun-shaped toaster pastries moves ahead in Fla.”