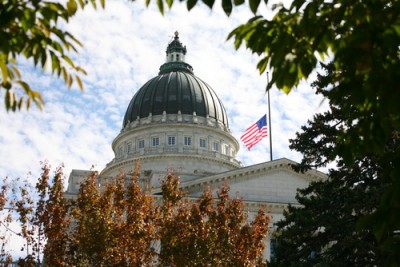 A change in Utah law signed last week by Gov. Gary Herbert is intended to legalize “free-range parenting” that gives greater freedom to children with the maturity to handle it.

The law changes the definition of neglect so that parents won’t be prosecuted for allowing their children to walk, bicycle, play or stay home alone, report ABC News and the Washington Post.

The amendment says neglect does not include permitting a child to engage in independent activities if the child “is of sufficient age and maturity to avoid harm or unreasonable risk of harm.” Permitted activities for such children include walking or bicycling to school; traveling to and from nearby “commercial or recreational facilities”; playing outside; remaining in a vehicle without supervision, except in conditions putting the child’s health at risk; and staying home alone.

Former newspaper columnist Lenore Skenazy wrote a book about free-range parenting and trademarked the term “free-range kids.” She tells ABC that the law is the first of its kind in the country.

“There’s no right way to parent,” she added. “You have to give the parent leeway because they know best, and they love them the most.”

ABA Journal: “‘Free-range’ parents encourage kids to broaden their horizons–the law, not so much”