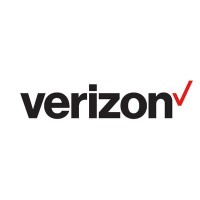 A man has filed a $4 million lawsuit against Verizon Wireless that claims his fiancée’s nude photos inexplicably ended up on the phone of another person.

Plaintiff Jeff Smith of Canby, Oregon, says Verizon promised that personal photos would be stored on protected and secure servers, but those assurances were false. And when he went to a Verizon store near Portland to complain, the worker said nothing could be done unless Smith hired a “big shot lawyer” to take on the telecommunications company, according to the suit, filed on Valentine’s Day.

Smith’s family photos, including the nude photos that were stored in Verizon’s cloud, were downloaded onto a phone purchased by an individual for his grandmother, Oregon Live reports. The grandson recognized Smith’s fiancée because she was a former co-worker.

Smith is represented by Michael Fuller, a partner at Olsen Daines in Portland and an adjunct professor of consumer law at Lewis & Clark Law School.