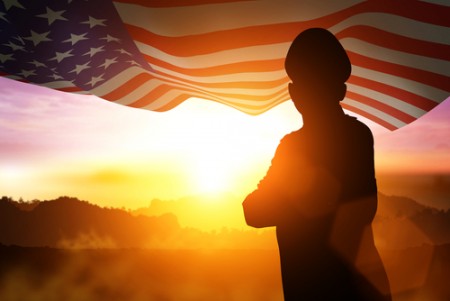 A Connecticut federal judge on Thursday certified a proposed class action from tens of thousands of Navy and Marine Corps veterans who say they were discharged for reasons related to their service-connected mental health problems—and then couldn’t seek treatment at the VA because their discharges were other than honorable.

The Associated Press reported Friday that a New Haven, Connecticut, federal judge has certified a class that could include thousands of former sailors and Marines who received what they say were unfair “other-than-honorable” discharges because of behaviors connected to a service-acquired mental health problem. They’re joined as plaintiffs by the National Veterans Council for Legal Redress. Lead plaintiff Tyson Manker of Jacksonville, Illinois, said he was discharged from the Marines after a single incident of illegal drug use connected to post-traumatic stress disorder.

“This decision is a victory for the tens of thousands of military veterans suffering from service-connected PTSD and TBI (traumatic brain injury),” Manker said in a statement Friday. “The fact that the court has now recognized this class of veterans is further evidence of the Department of Defense’s disgraceful violation of the legal rights of the men and women who have served their country.”

The newly certified class in Manker v. Spencer, represented by students at Yale Law School’s Veterans Legal Services Clinic, argues that the Navy and Marine Corps unfairly discharged them for misconduct attributable to PTSD traumatic brain injury acquired during service in combat zones in Iraq and Afghanistan. Such veterans can go to the Naval Discharge Review Board to ask that the discharge be reconsidered, but the plaintiffs say the board rejects 85 percent of those applications. Manker argues that this violates the applicants’ due process rights.

Senior District Judge Charles Haight Jr., sitting in New Haven, noted the “stark” contrast between the 16 percent discharge upgrade rate at the Naval Discharge Review Board and the 51 percent rate at boards for the Army and Air Force.

The Yale Law clinic’s website notes that “bad paper” discharges prevent veterans from accessing the disability benefits and mental health treatment they need to address the problems that led to their discharges in the first place. According to the AP story, the clinic says the military is issuing other-than-honorable discharges at historically high rates.

The clinic is also representing a certified class of Army veterans in the same situation as the Manker plaintiffs, Kennedy v. Speer. That lawsuit is pending in the district court of Connecticut, although both lead plaintiffs in that case have had their discharges adjusted to honorable. The Yale Veterans Legal Services Clinic also has pursued nonlitigation remedies for veterans with bad paper discharges, such as a Connecticut law permitting them to seek state veterans’ benefits.