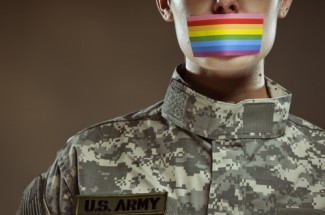 The ABA is supporting legislation that would allow veterans who were discharged because of their sexual orientation to request a change in their military records.

ABA President James R. Silkenat supported the bill on behalf of the American Bar Association in a Nov. 21 letter (PDF) sent to members of a House subcommittee.

The legislation, called the “Restore Honor to Service Members Act,” would give veterans the chance to contest a less-than-honorable characterization of their service if they were discharged solely because of their sexual orientation. Those who did receive an honorable discharge would be able to remove any reference to sexual orientation from their records by requesting a review.

The letter says the ABA applauds Congress for repealing Don’t Ask Don’t Tell, which the ABA had opposed in 1993 as a form of discrimination. Now, the letter says, “we call on Congress to take the final steps necessary to bring about an end to the unfortunate remnants of this misguided policy.”