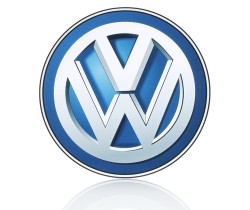 A Volkswagen executive has been arrested on a charge of conspiracy to defraud the United States for allegedly misleading regulators in the automaker’s emissions scandal.

The executive, Oliver Schmidt, was arrested in Florida on Saturday, the New York Times reports. USA Today and the Detroit Free Press have stories on the criminal complaint against Schmidt, which was unsealed in Detroit federal court on Monday.

Schmidt, who worked in Auburn Hills, Michigan, was the former top emissions compliance manager for Volkswagen in the United States.

An affidavit supporting Schmidt’s arrest says regulators asked about tests on Volkswagen’s diesel vehicles that found emissions were substantially higher than permissible levels when being driven on the road, but were found to be satisfactory during emissions tests.

Schmidt knew the discrepancy was the result of software designed to cheat on emissions tests, the complaint alleges. But Schmidt instead deceived and misled regulators, the complaint says, “by offering reasons for the discrepancy other than the fact that VW was intentionally cheating on U.S. emissions tests, in order to allow VW to continue to sell diesel vehicles in the United States.”

One of the witnesses against Schmidt is former Volkswagen engineer James Liang, who pleaded guilty in September to conspiracy to defraud the federal government. Schmidt’s arrest, the Times says, “brings the investigation into the executive ranks.”

Volkswagen has agreed to pay $15.3 billion in a civil settlement, and it is negotiating a plea deal with the U.S. Justice Department to resolve a criminal case, the New York Times says.