Voters in three states back capital punishment in ballot initiatives 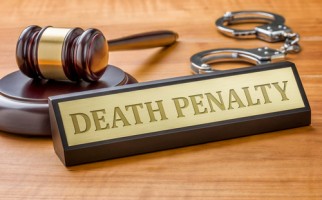 In California, voters rejected a measure to repeal the death penalty and passed a measure that seeks to speed up the appeal process, report the Los Angeles Times and the Marshall Project.

The measure to speed up executions designates trial courts to hear initial habeas petitions by death-row inmates; limits successive petitions by the inmates; and requires qualified, appointed lawyers who take serious noncapital appeals to accept death-penalty appeals, according to this voter summary.

In Nebraska, voters restored the death penalty after law after lawmakers repealed it last year.

And in Oklahoma, voters passed a constitutional amendment that says the death penalty does not amount to cruel and unusual punishment, NewsOK reports. The ballot question said the state legislature has the power to authorize any method of execution that isn’t barred by the U.S. Constitution, and, if an execution method is struck down, death sentences should remain in effect so they can be carried out by a valid execution method.