Want to Climb the Career Ladder? For Men, a Shaved Head Could Help, Study Suggests 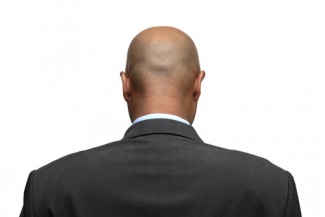 Balding men who want to advance in their careers might want to consider shaving their heads.

The Wall Street Journal explains why. A recent study found that men with shaved heads were considered to be more masculine, dominant and, in some cases, possessing greater potential as leaders. Men with thinning hair, on the other hand, were deemed least attractive and powerful.

Management lecturer Albert Mannes of the University of Pennsylvania’s Wharton School devised the three-experiment study after he shaved his own head and noticed that some people who met him appeared “standoffish and even deferential,” according to the [email protected] Today blog.

In the first experiment, test subjects were shown pictures of men of similar age and dress, including some with shaved heads. Then they were asked to rate how powerful, influential and authoritative they looked. In the second experiment, test subjects viewed images of men with their hair, and with their hair digitally removed. The third experiment relied on physical descriptions of men with hair, with thinning hair, and with shaved heads.

The Wall Street Journal notes that the “power-buzz look” has caught on among many business leaders, including Netscape founder Marc Andreessen and Amazon.com CEO Jeffrey Bezos.

Mannes cautions that a shaved head isn’t for everyone. Men who try it are also rated as less attractive and older, according to [email protected] Today. But it is perceived as an unconventional move, and that could have relevance for women in the business world who want to advance without adopting the old Sinead O’Connor look.

“There is evidence,” Mannes tells [email protected] Today, “that unconventional dress in women is viewed as status-enhancing. So women may have more of an impact just by engaging in unconventional behavior.”