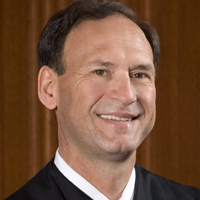 Vocal pitch of U.S. Supreme Court justices during oral arguments is strongly predictive of their votes, according to an analysis of nearly 3,000 hours of oral arguments for more than a 30-year period.

Vocal pitch predicts decisions in ways that ideology or legal issues do not, according to a paper written by professors at Harvard University and the University of Iowa. How Appealing noted the finding.

The authors collected recordings from oral arguments in 1,773 cases beginning in 1982 and ending in 2014. The justices themselves spoke for 502 hours. The researchers used a speech synthesis program to grade differences in each justice’s pitch when speaking to a lawyer from one side or the other. The differences were used to calculate an average vocal pitch.

The authors posited that a higher vocal pitch was correlated with greater emotional arousal, which meant that the justice would be more likely to vote against the lawyer to whom he or she was speaking. Their finding: They were able to predict 57.5 percent of justices’ votes accurately and 66.55 percent of overall case outcomes accurately using only pitch difference.

“For the justices, emotional arousal may be more likely when interacting with someone with whom they disagree. When this occurs, the heart begins to race, palms begin to sweat, and all muscles, including the vocal cords, tighten,” the paper says.

The higher the emotional arousal demonstrated through vocal pitch, the less likely the justice will vote in accord with the lawyer being addressed, the study found.

The study authors are professors Bryce Dietrich of the University of Iowa, and Ryan Enos and Maya Sen of Harvard University.