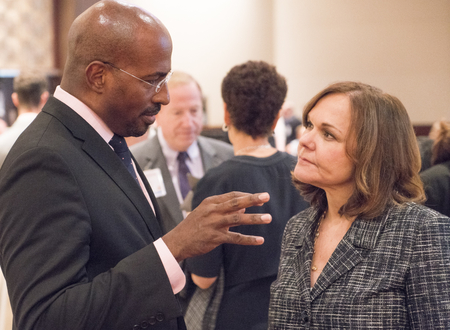 Jeffery Robinson, deputy legal director of the American Civil Liberties Union, thinks it’s possible for cities to reduce their dependence on fees and fines that have an unfair impact on people who are unable to pay.

He points to an ACLU settlement with Biloxi, Mississippi, as proof. “If Biloxi, Mississippi, can figure out a way not to jail people for fines and fees, and to have a fair bail system, do you really think that other cities in America can’t?” he asked Thursday during an ABA Annual Meeting program.

As a result of the settlement, announced in March 2016, Biloxi agreed to hire a full-time public defender to defend those charged with nonpayment of fees and fines imposed by courts. People who enter payment plans or perform community service no longer will be charged additional fees. Judges will receive “bench cards” with steps to follow to conduct individualized assessments of ability to pay.

The National Task Force on Fines, Fees and Bail Practices developed a similar bench card, and has published its resources for courts on the National Center for State Courts website. The card tells judges that they shouldn’t jail defendants for failing to pay court-ordered fees and fines unless a hearing is held to determine the reason. If the defendant can’t afford to pay, judges are instructed to consider alternatives to imprisonment. 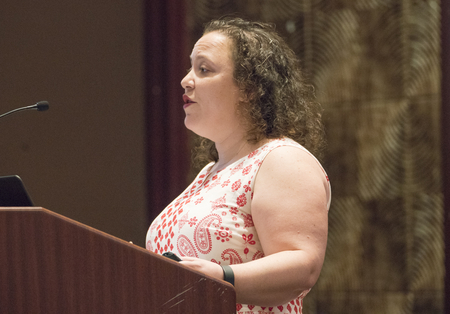 Joanna Weiss, director of criminal justice at the Laura and John Arnold Foundation.

Robinson was among the speakers at a program moderated by CNN commentator Van Jones called “Just Debt: Reimagining Fines and Fees in America.” Speakers discussed how people of moderate means are caught up in a cycle of debt when they are assessed fines as punishment, along with fees for the costs of using the court system. In some jurisdictions, there are booking fees, prison room and board fees, and fees for using a public defender.

The fees and fines “trap people in unending cycles of punishment,” said Joanna Weiss, director of criminal justice at the Laura and John Arnold Foundation. The costs balloon after missed payments. In jurisdictions that jail those who can’t pay, the defendants might end up losing their jobs and then their homes. 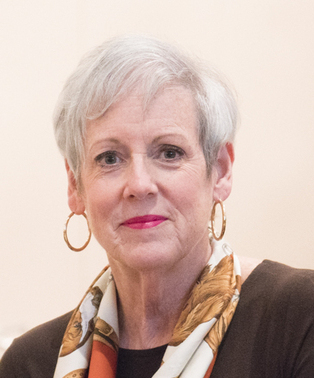 One alternative to imprisonment is being explored in a pilot program by the National Center for State Courts, O’Connor said. Rather than paying a fine for, say, speeding or driving distracted, the defendant will take an online course about the possible consequences of those actions. Defendants will be followed to see whether repeat offenses occur.

In explaining the burdens of fees and fines, several speakers referenced the example of a $100 speeding ticket. Most of the people at the session could afford to pay, they guessed. A poor person, however, might have to choose between paying the ticket or buying food for their children.

Incoming ABA President Hilarie Bass referenced ABA work in the area. She said she is appointing a working group to examine how to build trust in the justice system. It will focus on enhancing implicit bias programs, public education, and greater public insight into the criminal justice system.

Fees and fines are an important issue for the criminal justice system, she said, because they are doing tremendous damage to the public’s confidence in it.

Corrected on Aug. 12 to state that the task force bench card is similar to the bench card offered to Biloxi judges.