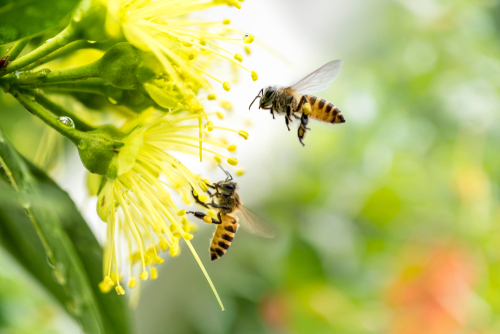 Bees can be protected under the California Endangered Species Act because they are invertebrates within the law’s definition of fish, the California Third District Court of Appeal ruled May 31. The law defines fish as “a wild fish, mollusk, crustacean, invertebrate, amphibian or part, spawn or ovum of any of those animals.” A trial judge had ruled that invertebrates referred only to marine invertebrates. (CNN, Reuters, Xerces Society news release, the May 31 decision)

U.S. Circuit Judge James Ho of the 5th U.S. Circuit Court of Appeals at New Orleans on Tuesday criticized “fair-weather originalism” in which judges interpret the Constitution according to its original meaning “only when elites won’t be upset with you.” Ho spoke to the Florida chapter of the Federalist Society. His prepared remarks will be published in the Texas Review of Law & Politics. (Reuters, Law.com)

Juries awarded $269M in PCB verdicts in past year

Juries in the past year have awarded $269 million to plaintiffs suing over exposure to polychlorinated biphenyls at a school in Monroe, Washington. The defendant is Monsanto owner Bayer AG, which is also facing verdicts related to the weed killer Roundup. The plaintiffs claimed that they suffered mental illness, brain fog, fatigue and skin growths from PCB contained in fluorescent light fixtures and the caulking in window sills. The chemical was banned in 1979. (Law.com)

The 4th U.S. Circuit Court of Appeals at Richmond, Virginia, has revived a lawsuit challenging a 2017 policy banning immigration judges from speaking publicly about immigration policy. A 4th Circuit panel tossed the suit, reasoning that the dispute could be resolved by collective bargaining. The 4th Circuit granted a rehearing in a June 7 order and allowed the case to proceed because the judges’ union, the National Association of Immigration Judges, was later decertified. (Law360, Reuters, the 4th Circuit order)

A disbarred Connecticut lawyer who had eluded authorities was brought to Middletown, Connecticut, superior court in shackles Monday. A judge had issued an arrest order for Nickola Cunha for her alleged failure to wind down her practice and her alleged wrongful withdrawal of client money. Judge Thomas Moukawsher ordered a mental health evaluation after Cunha’s lawyer raised the issue. (CT Insider)