Wells Fargo to pay $1B penalty for consumer law violations 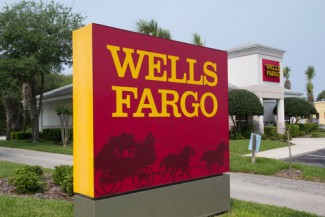 Wells Fargo has agreed to pay a $1 billion penalty for alleged violations of the Consumer Financial Protection Act.

The Consumer Financial Protection Bureau and the Office of the Comptroller of the Currency announced the penalty Friday, report the Wall Street Journal, the National Law Journal and Bloomberg News. The New York Times and Washington Post reported on the expected fine on Thursday. Press releases are here and here, and the consent orders are here and here.

The fine was imposed for forcing customers with auto loans to buy insurance they didn’t need and for failing to follow the process it explained to customers concerning payments to lock in mortgage interest rates.

The settlement ties a record amount collected by the OCC and is a record for the CFPB, according to Bloomberg.

The CFPB hasn’t announced any new enforcement cases since Mick Mulvaney became acting director of the agency, Bloomberg reports. According to the Times, Mulvaney has been “working to defang” the bureau, yet he pushed for the fine after President Donald Trump called for holding the bank to account, the Times reports.

In September 2016, Wells Fargo agreed to pay $185 million for opening bank accounts and applying for credit cards on behalf of customers who were unaware they were being signed up.