What happens after federal courts run out of money to continue operations? 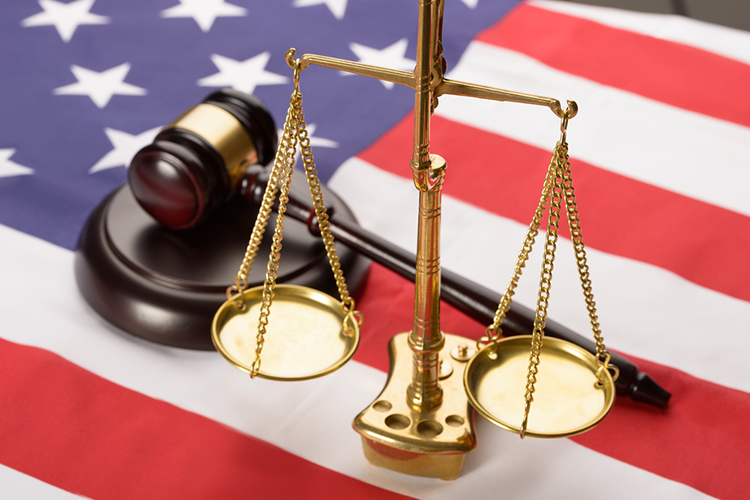 Updated Jan. 10: Federal courts have tacked on a week to the amount of time they hope to continue paid operations during the government shutdown. But they are still making plans for scaled-down operations after the money is expected to run out.

Federal courts initially said they were using fees and other funding sources to continue most operations through Friday. In a press release Monday, the Administrative Office of the U.S. Courts said it was now working toward a goal of sustaining paid operations through Jan. 18.

To achieve the goal, courts have been asked to delay or defer expenses that aren’t critical to their mission. Those expenses may include new hires, certain contracts and travel that is unrelated to cases. But judiciary employees reporting to work are all currently working at full pay.

The question still looms: What happens when the money runs out?

Courts will continue operating, but not at full steam, report Bloomberg News, the New York Times and CBS News.

Nonessential court workers will likely be sent home, while others will be working if it’s necessary “to support the exercise of Article III judicial powers,” according to a provision of the federal Antideficiency Act.

That means judges and key staff members will have to work without pay to handle criminal cases and other matters that are deemed essential.

Also working will be essential probation and pretrial services officers who are needed to resolve cases, according to a Dec. 10 congressional report.

Most federal prosecutors and staff members for criminal cases also are continuing to work, as are Department of Justice lawyers working on civil cases that haven’t been delayed. Jurors will be empaneled, but they won’t be paid right away.

Meanwhile, federal prison guards are on the job, working without pay, the Washington Post reports.

Already many proceedings in immigration courts have been delayed. A. Ashley Tabaddor, the head of the immigration judges’ union, told the Hill on Wednesday that immigration judges who handle cases of non-detained immigrants are not coming to work, and they’re forbidden to work on a volunteer basis. Thousands of cases a day from those dockets are canceled, and Tabaddor says they will be rescheduled—but at the back of the line, meaning the court date could be two to four years in the future. Immigration courts in detention centers continue to operate, using judges who are not being paid.

The partial shutdown began on Dec. 22 after President Donald Trump refused to sign a budget bill that did not include more than $5 billion in border wall funding. If the shutdown extends beyond Friday, it will officially become the longest partial government shutdown in American history, according to CNN.

Individual courts and judges will decide how to proceed, courts spokesperson David Sellers told Bloomberg. The courts will have to coordinate with the U.S. Marshals Service to deliver defendants to court and U.S. Attorney’s offices to make sure prosecutors are available. A DOJ filing in an Affordable Care Act case before a Texas federal court says “Department of Justice attorneys are prohibited from working, even on a voluntary basis, except in very limited circumstances.” Criminal prosecutors are one exception, as the Washington Post noted Tuesday.

Already federal courts “have issued a hodgepodge of conflicting orders” on suspensions of civil cases involving the federal government, according to the New York Times. Some courts have issued blanket orders for such suspensions. The National Law Journal reports that judges on the Court of Appeals for the D.C. Circuit openly argued, in an opinion and dissent, about whether to stay oral arguments in a case involving the Federal Aviation Administration. Judges Sri Srinivasan and Harry Edwards denied the request; Judge A. Raymond Randolph dissented, arguing that there was no legal authorization for denying it, as there is no emergency within the meaning of the Anti-Deficiency Act.

Meanwhile, the National Law Journal says, numerous federal employees and unions have sued the government, seeking back pay; the right to find alternative employment; or an end to the practice of compelling essential workers to work without pay. On Thursday, the National Federation of Federal Employees held a rally in Washington, D.C. and a group representing FBI agents wrote a letter to the White House and Congress warning that a continued shutdown would threaten national security, the Washington Post reported. The FBI Agents Association also said that missing paychecks could cause agents to default on their debts, endangering their security clearances.

In addition to the FBI, federal law enforcement agencies like the Customs and Border Protection, the Drug Enforcement Administration and the Bureau of Alcohol, Tobacco, Firearms and Explosives still have officers and investigators working, but much of the support staff has been furloughed. The FBI lab in Quantico, Virginia, is short-staffed and running out of funds, the Post reports. The shutdown also affects the U.S. Marshal Service, and marshals are providing court security without pay.

Chief U.S. District Judge Ruben Castillo of the Northern District of Illinois told Bloomberg last week that his court will operate on “triage” if the shutdown continues after Friday. “This is not the way to run a court system,” he said.

Updated on Jan. 10 throughout to add new information on the shutdown’s effects.