What happens when Hollywood gets 'true crime' wrong? 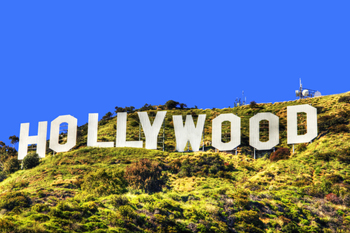 How true is “true crime”?

Crime sells. It’s a fair argument that people love crime ... so long as they aren’t the victim or the defendant. Take the “true crime” trend, for example.

We’ve seen popular, award-winning motion pictures like Goodfellas, American Gangster, Monster, American Hustle, and The Wolf of Wall Street–but we’ve also seen this phenomenon on the small screen, where series such as American Crime Story: The People v. O.J. Simpson have garnered wide acclaim and excellent ratings. True crime has even made its way to the smaller small screen–if you’re a fan of the genre, just google “Netflix true crime” and go to town.

Unfortunately, what happens in reality, as opposed to what is written after the fact, doesn’t always make for gripping drama on any screen. So, it bears asking … how much truth does the “true crime” viewing audience actually see?

Author Truman Capote used the term “nonfiction novel” to describe his 1966 book, In Cold Blood. The story about the 1959 murders of a Kansas family by two ex-convicts was heralded as a new genre in writing. It was one of the first exemplary entries into the true-crime catalogue. Capote described how he combined elements of creative writing with journalism, claiming “… reporting can be made as interesting as fiction, and done as artistically.”

The original movie based on Capote’s book was a hit with the public and with critics when it was released in 1967. The 2005 biographical film Capote didn’t fare badly either.

Capote’s six years of research and interviews with townspeople, police investigators, and the accused killers formed the basis for his “reporting” about the murders–including the execution of the convicted killers. According to the author, his book was a factual depiction of the events and the participants.

After the movie’s success, Capote acknowledged he didn’t document much of what he “interviewed” while conducting his research in Kansas; he did not record interviews or take notes, but he clung to the claim that everything in the book was factually accurate. Still, even his editors had reservations about some of what was written.

Chalk it up to a good memory? Maybe. But then you question how the author got information for some events that lacked witnesses to corroborate them. Critics have suggested Capote took a few creative licenses with certain scenes and conversations for dramatic impact as well: a 1988 biography concedes that at least one of the scenes was Capote’s own creation.

IF YOU WEREN’T THERE, YOU DON’T KNOW

Regardless, In Cold Blood is recognized as a literary masterpiece, and the movie remains popular with audiences and film critics to this day. Yes, there’s evidence that Capote arranged scenes and added fiction to what he claimed was a factually accurate account. But let’s embrace the inherent problem here–the people who know what really happened in regards to a “true crime” worth Hollywood’s attention likely fit into three categories: they’re trying to stay out of it, they’re trying to get paid off of it, or they died because of it.

Who can you believe? You must have doubts.

In Oklahoma criminal jury trials, no one–not the judge, the prosecutor, or the criminal defense attorney–can define “beyond a reasonable doubt.” When I speak with juries, I talk about how no one can know what really happened unless they were actually present. Add in factors affecting their experience and interpretation, and it’s even tough to believe the judgment of actual eyewitnesses. There is rarely, if ever, a chance to know or experience something without a doubt.

Often the only option is to compare and contrast to conclude the most coherent and cohesively reasonable account, because many times a first-hand account just won’t be available. Still, that space has to be filled one way or another. Don’t let the facts get in the way of a good story. Hollywood has to provide a tight and cohesive entertainment vehicle.

WHY CAN’T HOLLYWOOD GET IT RIGHT?

And that’s how the business works. To sell true crime, viewers are offered an insider’s look into the world of the victim, the investigators, and the accused in a series of scenes that play out to the finale. In Cold Blood gave viewers the execution of the convicted killers to neatly tie everything together, but real life does not follow a movie script or an organized series of events. Even the people paid to find the facts don’t collect them all.

According to 2016 statistics from the Federal Bureau of Investigation released on Monday, just over 59 percent of the murders in this country are resolved or cleared by law enforcement. If you think the clearance rate for homicides is low, consider that police only clear about 13 percent of burglaries and motor vehicle thefts reported. Rape crimes have a clearance rate of 36.5 to 40.9 percent. So, facts are hard to come by across the board.

But true crime continues to captivate the public. In fact, even bastions of legal fiction such as Law & Order have decided to dip their toes into the pool with the eight-part Law & Order True Crime: The Menendez Brothers, that debuted this week. Much like The People v. O.J. Simpson and other recent true crime series, it will be important to pay attention to the scenes supported by fact and those in which production has to take a few liberties to keep the story moving.

After all, there is a reason Hollywood qualifies the authenticity of many of its true crime films as being “based” on a true story.