What's all this I hear about lawyer lawsuits? Trump lawyer Sekulow may have misheard 'FOIA lawsuits' 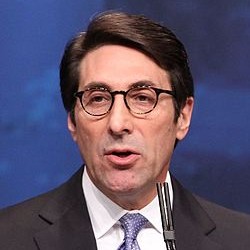 Jay Sekulow in 2012. Photo by Mark Taylor via Wikimedia Commons.

Some were puzzled by the remarks on Tuesday by defense lawyer Jay Sekulow because the phrase “lawyer lawsuits” had not been mentioned, report the Washington Post and New York Magazine.

There was a reference to “FOIA lawsuits,” however, by U.S. Rep. Val Demings, D-Fla., when she explained why Democrats had not sought or awaited additional evidence in court.

Demings said the president’s lawyers may suggest that the House “should have sought these materials in court or awaited further lawsuits under the Freedom of Information Act, aka FOIA lawsuits. Any such suggestion is meritless. To start, the Constitution has never been understood to require such lawsuits. It’s never occurred in any previous impeachment.”

Sekulow seized on the never-spoken phrase “lawyer lawsuits” in his response.