Which BigLaw firms had the biggest changes in gross revenues? 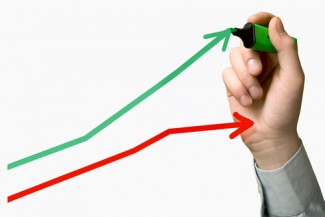 Though it tops the list in gross revenues, the top 100 firm with the biggest gain in gross revenues (apart from firms that merged) was Wachtell, Lipton, Rosen & Katz, the American Lawyer (sub. req.) reports.

Firms with the highest revenue growth that did merge were Morgan, Lewis & Bockius and Locke Lord. They each boosted revenues by 40 percent.

The firm with the biggest drop in gross revenue was Hughes Hubbard & Reed, which had a drop of 8.2 percent, according to an American Lawyer chart. It is one of two firms among the top 100—the other is Arnold & Porter—that had double-digit falls in both net income and profits per partner, along with drops in gross revenue of more than 5 percent, according to the publication.

Arnold & Porter attributes its 6.41 percent drop in gross revenue to an end of two major matters, and notes that it paid $15 million to relocate its headquarters.

K&L Gates attributes depressed revenues to investments designed to help the firm cross-sell its practices, according to a separate American Lawyer story (sub. req.) on the law firm. The story notes the law firm lost 28 partners in February and March.