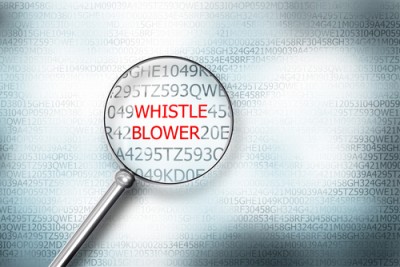 The Dodd-Frank financial oversight law doesn’t protect securities whistleblowers from retaliation unless they report the alleged violation to the Securities and Exchange Commission, the U.S. Supreme Court ruled on Wednesday.

Justice Ruth Bader Ginsburg wrote the unanimous opinion finding there was no retaliation protection under the law for Paul Somers, a former vice president at Digital Realty Trust, a real estate investment trust. Somers said he was fired in 2014 shortly after he reported suspected securities law violations to senior management.

The Dodd-Frank law defines a whistleblower as someone who provides information to the SEC. At issue was whether that provision limits the class of people who are protected by the law’s retaliation provision.

Ginsburg said the whistleblower definition must be read in conjunction with the anti-retaliation provisions. “We find the statute’s definition of ‘whistleblower’ clear and conclusive,” she wrote. “To sue under Dodd-Frank’s anti-retaliation provision, a person must first ‘provid[e] … information relating to a violation of the securities laws to the [Securities and Exchange] Commission.’ ”

Dodd-Frank allows whistleblowers immediate access to federal court and provides a generous statute of limitations of at least six years, Ginsburg said. It also provides an opportunity to recover double back pay.

Ginsburg contrasted Dodd-Frank with the Sarbanes-Oxley financial oversight law, which has more onerous requirements for filing suit but a more generous definition of a whistleblower. Sarbanes-Oxley has an administrative-exhaustion requirement, a 180-administrative complaint-filing deadline, and the possibility of only actual damages. The law covers whistleblowers who report fraud not only to the SEC, but to any other federal agency.

USA Today described the opinion as “a blow to some Wall Street whistleblowers.