Who is responsible for hurricane damage? Suits could be based on climate-change science 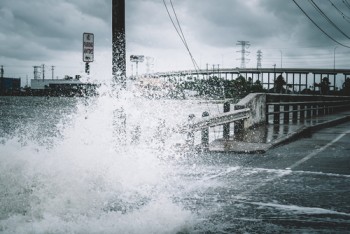 Pioneering lawsuits based on climate-change science could blame hurricane damage on municipal planners, architects and engineers who failed to plan for foreseeable damages, some lawyers say.

Other potential defendants in extreme-weather lawsuits are companies that emit greenhouse gases that contribute to climate change, Reuters reports.

Scientists at Oxford University in England are planning to use “event attribution” to measure how much of Hurricane Harvey’s intensity is due to climate change, according to the story.

Such modeling could bolster claims by hurricane victims that planners failed to engineer infrastructure and create zoning laws that take into account how climate change is contributing to extreme weather events.

Courts will increasingly be asked to compensate victims of extreme weather events who argue their damages were foreseeable, according to Lindene Patton, a risk-management lawyer with the Earth & Water Group. “Attribution science can inform that legal process,” she told Reuters.

Among the possible targets in Hurricane Harvey litigation are city planners who allowed the development of wetlands that had previously soaked up rainfall, Patton said. Attribution science could be used to determine what would have happened if the wetlands had remained undeveloped, she said.

Dentons partner Joanne Zimolzak said emitters of greenhouse gases may some day be targeted in extreme-weather suits. She saw parallels with lawsuits against big tobacco companies that were based on cancer science.