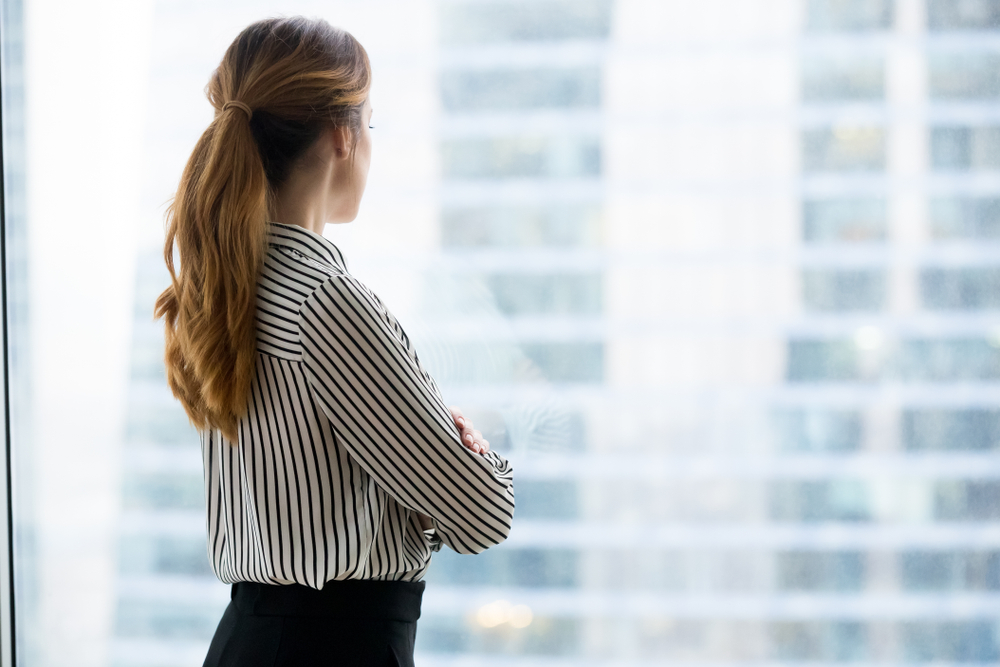 A survey of 1,262 longtime lawyers and leaders in BigLaw found that women were far more likely than men to say they were denied business development opportunities, refused or overlooked for promotions and perceived as less committed to their careers.

“The data show that women in large firms have far less access to the building blocks for success than men,” says the survey report released Thursday.

The study, conducted by the ABA in cooperation with ALM Intelligence, was intended to find out why experienced women lawyers are leaving the profession and what can be done about it.

Entering associate classes in BigLaw consist of 45% to 50% women, yet women accounted for only 20% of equity partners in 2018, according to the report. “It is clear that women lawyers on average do not advance along the same trajectory as men,” the report says.

The men and women reported different experiences and different levels of satisfaction with BigLaw. The survey found that male lawyers were more satisfied with their jobs than females, and they reported fewer negative experiences.

The male and female lawyers reported similar satisfaction levels regarding the intellectual challenges and the substantive areas of their work. But in other areas, more men than women were satisfied regarding recognition for their work (71% versus 50%), compensation (75% versus 61%), the way compensation is determined (69% versus 46%), opportunities for advancement (62% versus 45%) and the performance evaluation process (46% versus 35%).

“Women report being four to eight times more likely to be overlooked for advancement, denied a salary increase or bonus, treated as a token representative for diversity, lacking access to business development opportunities, perceived as less committed to her career, and lacking access to sponsors,” the report said.

“Each one of these factors is, in and of itself, critical for advancement. The combination of such significant disparities on so many core factors does much to explain why women are not advancing at the same rate as men.”

The study also found that the female lawyers “bear a disproportionate brunt of responsibility for arranging for care, leaving work when needed by the child, children’s extracurricular activities, and evening and daytime childcare.” For example, 54% of the women said arranging childcare is their full responsibility, compared to 1% of the men.

The disparity played out when the female lawyers were asked about important reasons that cause women to leave their law firms. The top responses were:

• Emphasis on marketing or originating business (51%)

The study authors are Stephanie Scharf and Roberta Liebenberg, co-chairs of the ABA Presidential Initiative on Achieving Long-Term Careers for Women in Law.

The study authors concluded there is one key lesson from the data. “Simply putting policies into place and giving lip service to the goal of diversity appears to have little impact on closing the gap at mid-levels and senior levels of experience,” they write.

Law firms should anonymously survey their lawyers with the type of questions in the ABA survey to gauge gender differences in workplace experiences, the study says. Firms should develop strategies and set targets for what they want to achieve. They should take a hard look at the gender statistics in their firm and track them over time. They should ensure “a critical mass” of women on key law firm committees. They should assess the impact of their policies on their women lawyers, continue with implicit bias and harassment training and provide resources to relieve family pressures.

A lack of transparency is also part of the problem. Compensation systems that are “shrouded in mystery” and based on “unwritten rules and relationships” contribute to the status quo and lead women lawyers to believe the system is rigged against them, the report says. A lack of communication and clarity also may increase feelings of unfairness regarding opportunities for advancement and recognition.

The report is titled Walking Out the Door: The facts, figures and future of experienced lawyers in private practice.