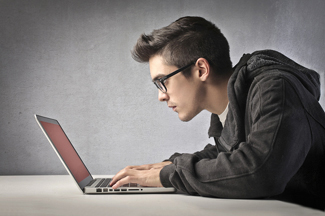 A Suffolk University law professor is citing a recent study to support his conclusion that laptops should be banned or limited in law school.

The study of undergraduate students compared comprehension for students who took notes on laptops and those who took handwritten notes, according to Suffolk law professor Steven Eisenstat. The students using laptops had no access to the Internet and no other computer distractions, yet their performance on later tests was worse than those who took notes by hand.

Comprehension suffers for the laptop users because they tend to type their professors’ words verbatim, without trying to understand the meaning, Eisenstat says. He makes his case in an article available at SSRN that is set for publication in the University of Detroit Mercy Law Review. TaxProf Blog notes his paper.

The study involved students at Princeton University and the University of California at Los Angeles. In one test, students were administered a test about 30 minutes after a lecture. The students who used laptops performed about as well as the other in test questions requiring factual recall, but did significantly worse on conceptual questions. In a second study, laptop users were cautioned about taking verbatim notes, but they did so anyway.

In a third study, a group of students taking an exam a week after a lecture studied their notes first. Those who took handwritten notes and studied did better both on factual and conceptual questions than laptop users who studied.