Will banning tips prevent lawsuits? Some restaurants give it a try 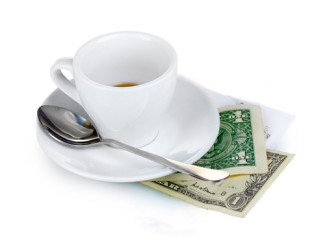 Some restaurants are eliminating tips and replacing them with surcharges or more expensive prices.

One reason for the change may be the desire to eliminate lawsuits, the New York Times reports. “Front-of-house workers are suing one respected restaurant after another,” the story says, “including Dovetail, last month, accusing them of playing fast and loose with the laws on tips. The charges include sharing tips with workers who aren’t eligible for them and making tipped employees spend too much time on what is called sidework, like folding napkins between meals.”

The Times story lists the restaurants that have joined the no-tip movement, including New York restaurants Sushi Yasuda, Atera, Per Se, and Chef’s Table at Brooklyn Fare; Chicago restaurants Next and Alinea; and San Francisco area restaurants Coi and Chez Panisse.

Restaurant that replace tips with a “service fee” could still run afoul of the law in New York State, where it could be illegal if some of the money goes to employees who don’t serve, the Times says. Outten & Golden partner Justin Swartz suggests calling the extra fee an administrative charge, or raising prices to collect the money.