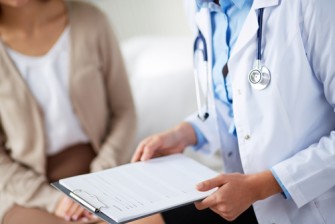 An en banc federal appeals court on Thursday struck down a ban on doctors discussing guns with patients.

The full Atlanta-based 11th U.S. Circuit Court of Appeals said the Florida law banning the gun discussions is a content-based restriction that violates the First Amendment.

The appeals court relayed its decision (PDF) in two majority opinions, one by Judge Stanley Marcus and the other by Judge Adalberto Jordan. Each joined the other’s opinion.

The law said physicians should not ask whether a patient or patient’s family owns guns, unless the physician has a good-faith belief that the “information is relevant to the patient’s medical care or safety, or the safety of others.” In addition, the law barred physicians from entering irrelevant gun information into patients’ medical records. Doctors who violated the law could be fined and sanctioned.

The full 11th Circuit struck down both provisions, but upheld another provision that said doctors should not discriminate against patients solely on their ownership of firearms.

Judge William Pryor, who was said to be on a shortlist of judges President Trump had considered for the U.S. Supreme Court, wrote a concurrence. “I write separately to reiterate that our decision is about the First Amendment, not the Second,” he said. The Second Amendment right to possess weapons “does not give the government license to violate the right to free speech under the First Amendment,” he said.

“Without the protection of free speech,” he wrote, “the government might seek to ban discussion of religion between doctor and patient. The state could stop a surgeon from praying with his patient before surgery or punish a Christian doctor for asking patients if they have accepted Jesus Christ as their Lord and Savior or punish an atheist for telling his patient that religious belief is delusional. …

“The First Amendment requires the protection of ideas that some people might find distasteful because tomorrow the tables might be turned.”

Doug Hallward-Driemeier, a partner at Ropes & Gray, represented the plaintiffs challenging the law before the 11th Circuit. “This decision is critical to the health and safety of Florida families,” he said in a statement. “It makes clear that the First Amendment does not allow the government to interfere with a doctor providing her best medical advice to her patient.”

Updated on Feb. 17 to add statement by Hallward-Driemeier.