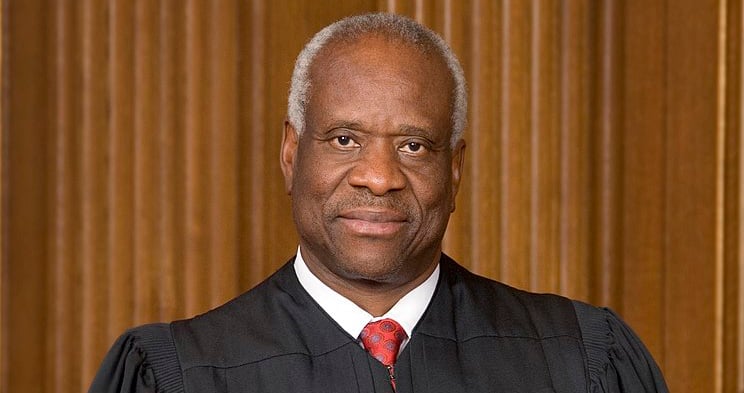 The spotlight is once again on allegations of sexual harassment by Justice Clarence Thomas before he joined the U.S. Supreme Court.

New York magazine has a report on the women who were not called to testify against Thomas during his confirmation hearings, while one of those women calls for Thomas’ impeachment in an opinion piece for the Huffington Post. The National Law Journal summarizes the Feb. 18 New York magazine report and calls attention to another woman who alleged in 2016 that Thomas groped her at a dinner party in 1999.

“I knew Clarence Thomas in a professional capacity and never experienced any type of inappropriate behavior from him,” she wrote in an email to the National Law Journal. “Moreover, despite allegations in the article, I do not recall any conversations with Justice Thomas regarding inappropriate or nonprofessional subjects.”

The Huffington Post article is by Angela Wright-Shannon, described by New York magazine as an accuser who would have been the most devastating witness against Thomas. Then-Senate Judiciary Committee Chairman Joe Biden told Teen Vogue in December that he regrets not being able to “tone down the attacks” on Hill, and said he wasn’t able to persuade three women to testify against Thomas after they changed their minds about appearing at the last minute.

New York magazine reports that the women wanted to testify, or would have testified if subpoenaed.

In the Huffington Post article, Wright-Shannon says that, after learning she was willing to testify, some members of the Senate Judiciary Committee went on the attack, characterizing her as “as a revengeful, foul-mouthed incompetent seizing an opportunity to strike back at the boss who had fired her.” Wright-Shannon had worked as director of public affairs at the Equal Employment Opportunity Commission before becoming a metro editor at the Charlotte Observer, and she noted that Thomas had provided a recommendation for her for that newspaper job.

“It’s highly unlikely that Thomas will be impeached, but we can hope,” Wright-Shannon wrote. The New York magazine article also asserted that it’s time to consider impeachment.

The idea of impeaching Thomas was raised in a memo written in 2010 by David Brock, an adviser to Hillary Clinton. The memo was made public in emails during the investigation of Hillary Clinton’s use of a private email server while at the State Department. The memo suggested that Thomas had lied to the Senate Judiciary Committee.

During an appearance last Thursday, before the New York magazine article was published, Thomas said he was tired of everybody considering themselves a victim, Fox News reports. His own life growing up was tough, but he never considered himself a victim, he said.

“At some point, we’re going to be fatigued with everybody being the victim,” he said.

He also said confirmation hearings are getting increasingly worse. “This is not the Roman Colosseum,” he said. “We’re not gladiators. And I think we’re going to lose some of our best people who choose not to go through the ordeal. They don’t want to have to fight the lion in order to be a judge or to be in government. And I think it’s our own fault for allowing this to happen.”