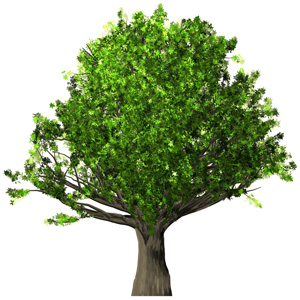 A 65-year-old grandmother who once protested the Vietnam War is waging a fight over a new issue: Inspectors who say the treehouse she lives in must be brought up to code or torn down.

The inspectors say Shawnee Chasser’s treehouse near downtown Miami is a safety hazard, the Associated Press reports. The construction is substandard, they say, and the electricity and plumbing are not up to code. Chasser says her two-story home is a paradise.

“I’m not leaving. I haven’t slept indoors in 25 years. It’s just who I am,” Chasser told the Associated Press. “I don’t want them telling me what my happiness is because I don’t fit in one of their boxes.”

Chasser’s two-story home includes a refrigerator, stove, television and running water. It sits on the property once owned by Chasser’s late son. A traditional home also sits on the property. Chasser did not obtain the zoning variance required for secondary structures in areas zoned for single-family homes, creating a legal problem apart from the code violations.

The Institute for Justice is taking a look at Chasser’s case. One of its lawyers, Ari Bargil, says the Miami-Dade code inspectors are being overzealous. “Shawnee’s treehouse is a peaceful, harmless structure that hurts nobody,” he told AP. “The county’s only concern should be whether her treehouse is safe. Instead, they are imposing an ill-fitting regulatory framework on her, and thus essentially fining her for being different.”

The Miami Herald and the Washington Post have previous coverage of Shawnee, who earns money by selling her Shawnee’s Green Thumb Popcorn to Whole Foods.

Previous:
Should race and gender be used in calculating lost income? It's a common practice

Next:
DA's office flip flops on whether Justin Timberlake is being investigated for ballot selfie