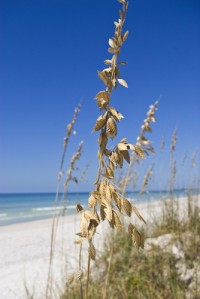 A 20-year-old Florida woman convicted of having sex on a beach with a 40-year-old man was released from jail Wednesday after agreeing to be sentenced to time served.

Elissa Alvarez had been behind bars since May 4, when she and Jose Caballero were convicted on a lewd and lascivious exhibition charge, the Bradenton Herald reports. Because this is her first offense, her conviction will be withheld. However, she will still be required to register as a sex offender.

The state is seeking a 2½-year prison term for Caballero, who has a prior drug conviction.

His lawyer, Ron Kurpiers, said he expects Caballero to accept the recommendation when he is sentenced in July, since the maximum prison term he could get in the Manatee County case is 15 years. The requirement to register as a sex offender, though, “is a big issue,” Kurpiers said.

Attorney Greg Hagopian represents Alvarez. He says she is embarrassed and regretful about the incident. “To say she has learned her lesson would be an understatement,” Hagopian told the newspaper.

ABAJournal.com: “Florida couple guilty of having sex on beach; man looking at up to 15 years in prison”