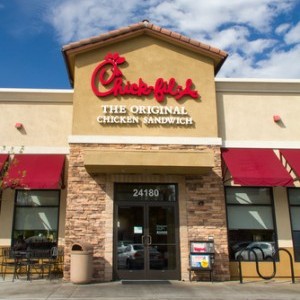 A Colorado woman is suing Chick-fil-A and a maraschino cherry supplier, alleging that a milkshake she ordered in May at one of the chain restaurant’s Dallas-area eateries caused tooth damage and a heart attack.

Plaintiff Cyndi Scruggs says the shake came with whipped cream and a cherry on top. When she put the cherry into her mouth and bit into it, it turned out not to have been pitted.

Her complaint alleges two teeth were cracked below the gumline by the cherry pit, leading to infection, sepsis and a heart attack, according to the Associated Press, the Houston Chronicle and Courthouse News. Scruggs has had the teeth removed and plans to get dental implants.

It contends the cherry supplier “failed to use that degree of care that would be used by a maraschino cherry de-pitting owner or company of ordinary prudence under the same or similar circumstances” and blames the restaurant for failing to warn Scruggs of the risk of biting into a cherry that hadn’t been properly pitted.

Chick-Fil-A did not immediately respond Tuesday to a request for comment from Courthouse News.