Woman sues In-N-Out Burger in hot-coffee case, says workers refused to call 911 after she was burned 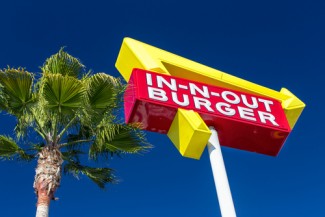 In a lawsuit reminiscent of a famous case against McDonald’s, a California woman has sued an Oakland fast-food restaurant over second-degree burns she suffered last year when hot coffee spilled on her lap.

Hedy Chen, who was then a graduate business student at the University of California-Berkeley, contends she was handed an “excessively hot” cup of coffee at the In-N-Out Burger that was so hot she couldn’t hold it. When she dropped it onto her lap, she says, the coffee caused burns that put her in the hospital for three days, the San Francisco Chronicle reports.

However, workers at the fast-food restaurant refused to call 911 despite Chen’s screams and pleas for them to do so, claiming that it was against policy, instead handing her ice and urging her to move forward so other customers could be served, she says in the suit. Filed Thursday in Alameda County Superior Court, the action is similar to one brought in New Mexico against McDonald’s decades ago, the newspaper notes. It made headlines when an elderly woman won a jury verdict of nearly $3 million in 1994 over burns she suffered when too-hot coffee spilled in her lap.

“The carryover from that other case is that coffee can cause severe burns. That woman really was severely burned,” attorney Kirk Boyd, who represents Chen, told the newspaper. “In this case, she didn’t spill it on herself. It was too hot to hold. Regardless of how that coffee spilled, though, if a customer is badly burned, and they ask you to call 911, it is your legal duty to call 911.”

An executive vice president of In-N-Out told the Chronicle the company couldn’t comment on specific litigation but said in an email that “all In-N-Out Burger associates are authorized to assist our customers and to call 911 in emergency situations.”