Dog on a lease? Woman surprised to learn pet she paid for was a rental 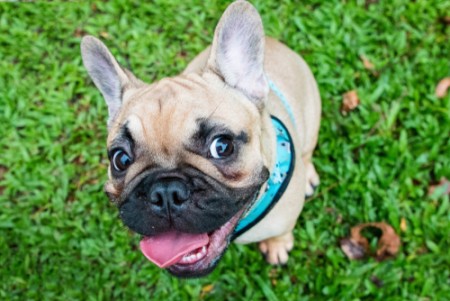 New York could become the third state to ban animal rentals after the state attorney general filed a fraud suit against a chain called The Pet Zone that includes allegations about a misleading leasing option.

One of the people who complained about The Pet Zone is Chelsea Walrath. She told the Wall Street Journal that she believed she was signing a financing contract for her Chihuahua puppy, Remi, and was surprised to learn she had leased the dog.

The price for Remi was $1,900, but Walrath would end up paying more than twice that much if she continued her $180 monthly payments for two years, according to the article. She would also be responsible for paying a $300 purchasing fee to own the dog at the end of the lease term.

Walrath chose to end the contract after three months of payments by paying $1,900.

The fraud suit, filed in May by the New York attorney general, contends consumers were not adequately informed that the financing agreements they signed were actually styled as leases.

Ted Bell, owner of The Pet Zone, told the publication he’s confident the case will be resolved in the store’s favor.

The Pet Zone had offered Walrath’s rental through a company called Wags Lending, whose parent company filed for bankruptcy last year. The Wall Street Journal wasn’t sure if Wags Lending was still operating. But Click 2 Houston said the company was offering rental contracts in the Houston area. A representative told the Connecticut Mirror that the company is still operating, but not in New York and some other states.

Click 2 Houston spoke with two consumers, one of whom leased through Wags Lending. They said the terms of their leasing deal were not discussed in the pet store and they signed the paperwork on their smartphones.

One consumer would have to pay about $9,200 at the end of her lease term, partly because a leasing company wouldn’t cover the full cost of her English bulldog. She had to take a $600 loan through a financing company at an interest rate of 130 percent.

State Senate Republican President Pro Tempore Len Fasano of North Haven said he introduced a ban bill after hearing about abuses on the radio. In some cases, older pets are returned after a lease and the animals “struggle significantly to adjust to having lost their home and owner. If they cannot find new homes, these animals are often euthanized,” he said.