Public hearing will be held on sexual assault allegations against Kavanaugh 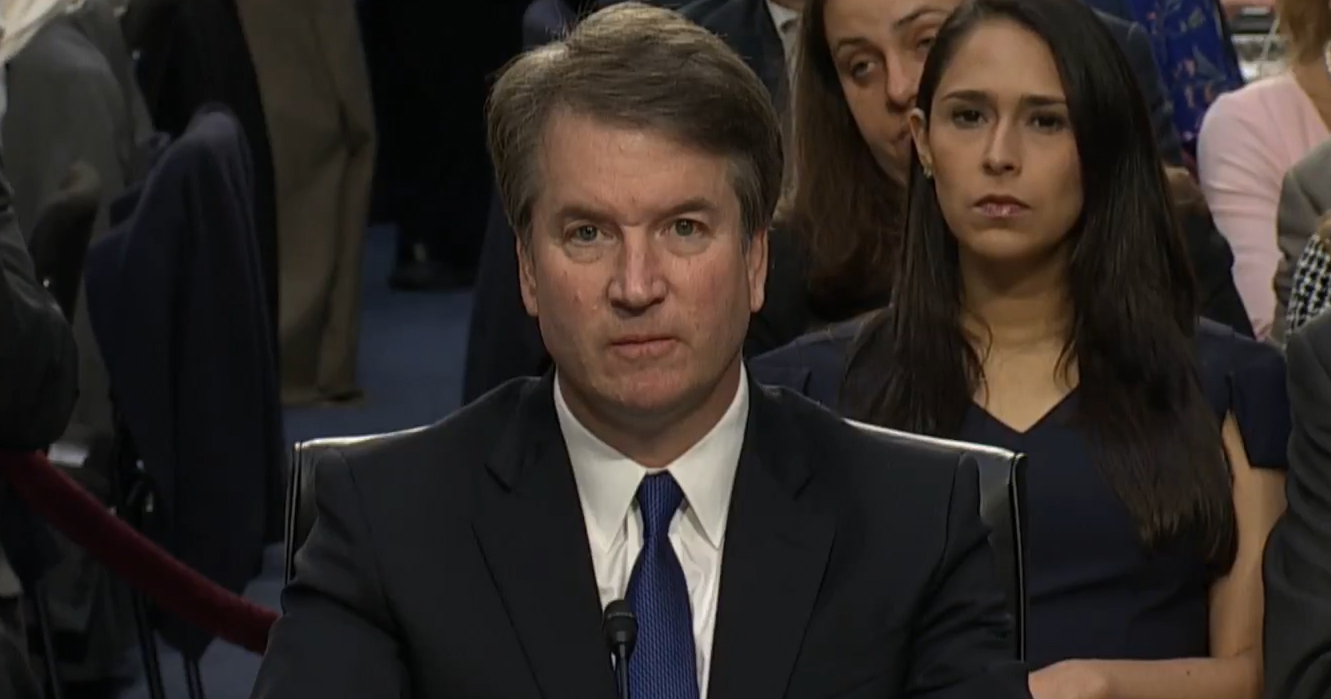 Updated: The Senate Judiciary Committee's vote on U.S. Supreme Court nominee Brett M. Kavanaugh will likely be delayed until after a public hearing on Monday, the New York Times and Washington Post report.

Kavanaugh and a research psychologist at Stanford University who claims Kavanaugh attempted to sexually assault her when they were teenagers are both expected to testify, the Times reports.

Christine Blasey Ford says Kavanaugh cornered her in a bedroom during a party, pinned her to a bed, attempted to pull off a swimsuit she was wearing, groped her and grinded on top of her, while holding his hand over her mouth, she told the Washington Post. Ford claims a friend of Kavanaugh’s, Mark Judge, watched, and both of them were “stumbling drunk.” This occurred in 1982, according to the article, and Ford spoke about the incident with her therapist in 2012.

Judge declined to comment to the Washington Post. On Friday, he told the Weekly Standard that he had no recollection of the alleged incident. Judge is the author of Wasted: Tales of a Gen-X Drunk, which describes a culture of partying among classmates at his high school. According to the Post, the book describes Judge’s recovery, and includes a character named “Bart O’Kavanaugh.”

Kavanaugh issued a statement on Monday, CNN reports. “This is a completely false allegation. I have never done anything like what the accuser describes—to her or to anyone. Because this never happened, I had no idea who was making this accusation until she identified herself yesterday. I am willing to talk to the Senate Judiciary Committee in any way the committee deems appropriate to refute this false allegation, from 36 years ago, and defend my integrity.”

The Senate Judiciary Committee had scheduled a vote for Thursday on Kavanaugh’s confirmation, but that will likely be postponed, the Times and Post report. Sen. John Kennedy, R-La., told the Times that Chairman Chuck Grassley, R-Iowa, informed the members of the committee that they would be able to ask further questions of Kavanaugh, and Republican aides told the Times and the Post that the public hearing would take place on Sept. 24.

Debra Katz, Ford’s attorney, told CNN on Monday that her client was willing to testify before Congress. White House counselor Kellyanne Conway also said Ford “should not be ignored or insulted. She should be heard.”

Sen. Susan Collins, R-Maine, tweeted Monday that Ford and Kavanaugh should testify under oath to the committee.

Professor Ford and Judge Kavanaugh should both testify under oath before the Judiciary Committee.

Sen. Lisa Murkowski, R-Alaska, also said in a tweet by a CNN reporter that the vote to consider Kavanaugh might have to be delayed: “This is not something that came up during the hearings. The hearings are now over. And if there is real substance to this it demands a response.”

President Donald Trump wants a “full process” to air Ford’s allegation, adding that Kavanaugh is “as high a quality individual as you’ll ever see,” Politico reports.

Grassley released a letter on Friday signed by 65 women who say that they knew Kavanaugh when he attended Georgetown Prep, an all-boys high school in Maryland, and that he always treated women with decency and respect.”

On July 30, Ford sent a letter about the allegation to Sen. Dianne Feinstein, D-Calif., CNN reports. According to Ford, Kavanaugh and his friend, whose name was redacted from the writing, locked the bedroom door at the party played loud music, “precluding any successful attempt to yell for help.”

“They both laughed as Kavanaugh tried to disrobe me in their highly inebriated state. With Kavanaugh’s hand over my mouth I feared he may inadvertently kill me,” wrote Ford. The friend jumped on top of Kavanaugh, they started tussling with each other, and Ford was able to escape, she wrote.

News of the letter began circulating last week, and Ford revealed her identity over the weekend, telling the Post that if her story was being told, she wanted to tell it. According to the article, she contacted the Post anonymously through a tip line in July and initially did not want her identity revealed. The article reports that reporters from other organizations figured out her identity, and were contacting her and her colleagues.

Sen. Jeff Flake, R-Ariz, and a member of the judiciary committee, told Politico that he needs to hear more about the allegations before voting on Kavanaugh.

Sen. Lindsey Graham, R-S.C. and who also sits on the judiciary committee, tweeted Sunday that “if Ms. Ford wishes to provide information to the committee, I would gladly listen to what she has to say and compare that against all other information we have received about Judge Kavanaugh.”

“It is quite possible—or even likely—that hearings won’t prevent Brett Kavanaugh from being confirmed given the equivocal evidence against him and, perhaps even more important, the number of Republicans and red-state Democrats in the Senate. But due process, which ought to matter when it comes to filling the critical seat on the highest court in the land, calls for nothing less,” wrote Lat, who founded the website Above the Law.

ABAJournal.com: “Democrats pepper Kavanaugh with written questions, including if he had a gambling problem”>