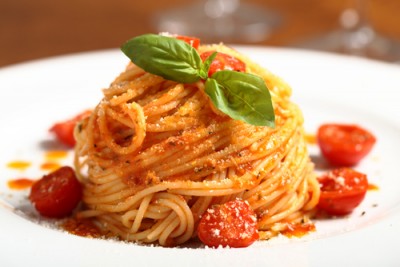 A Connecticut woman has been awarded more than $85,000 in her lawsuit claiming she was hit in the face with pasta in a spicy sauce flung by a lawyer during an argument with another man at a restaurant.

The defendant is 65-year-old James P. Sweeney, a real estate lawyer in New Jersey, Florida and Maryland, and who recently retired in Florida, the Connecticut Law Tribune reports. With interest, the total jury award to plaintiff Constance Koulmey is more than $102,000, the article reports.

Koulmey’s amended lawsuit claimed she was eating in Roma Ristorante Italiano in March 2015 in Oakville, Connecticut, when she was injured. According to the suit, Sweeney “picked up a bowl or dish full of pasta with fra diavolo sauce and threw it” toward a man with whom he was arguing.

Koulmey was walking toward the exit when the pasta struck her in the head, causing the sauce to drip into her eyes, the suit said. Koulmey fell and struck her head, according to the suit. Koulmey said she suffered a concussion, eye pain, headaches, neck pain, back pain and elevated blood pressure.

The suit had sought damages for negligence and battery. Jurors in Waterbury, Connecticut, found Sweeney liable after deliberating for about 3 1/2 hours.

Sweeney had claimed he acted in self-defense, Koulmey misrepresented the incident, and she had pre-existing back and neck injuries that were not related to the flung pasta.