Worker is fired after flipping the bird at Trump motorcade; does she have a case? 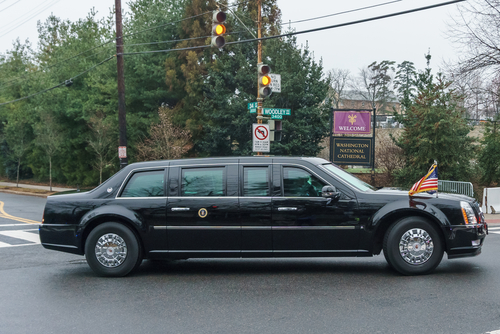 A marketing analyst for a company that oversees government contractors says she was fired for flipping the bird at a Trump motorcade.

News coverage of Juli Briskman’s plight has legal experts considering whether she has a case against Akima, the company that fired her, the National Law Journal (sub. req.) reports. Briskman has contacted the American Civil Liberties Union about the incident, the Washington Post reports.

News photographers caught Briskman’s gesture as she was riding her bike alongside the motorcade in Sterling, Virginia, and Briskman posted the photos on Facebook and Twitter, the New York Times reports. She also alerted a human resources official at Akima that she was the cyclist in the photo.

Briskman’s social media accounts did not identify Akima as her employer. And she is not wearing anything linking herself to Akima in the photo.

But Briskman was fired soon afterward. She was told she had violated company policy banning obscene content on social media and because of a fear the photo could hurt business, according to her account.

Briskman says she was fired even though another Akima employee who posted objectionable content is still with the company. According to Briskman, an Akima senior director posted the comment during an employee discussion about Black Lives Matter.

“You’re a f—— Libtard a——,” the director reportedly said, using a profile “that clearly and repeatedly identifies himself as an employee of the firm,” the Post says.

Briskman’s duties included monitoring employees on social media, and she reported the exchange to senior management, according to the Post.

Arthur Spitzer, legal director at the American Civil Liberties Union of the District of Columbia, tells the National Law Journal that the First Amendment limits the government’s ability to punish people for their speech. But the amendment doesn’t restrict a private company. If the government pressured a company to fire an employee, however, the First Amendment would come into play, he said.

Saundra Riley, an employment attorney at Fenwick & West, said employees need to make sure they are applying their social media policies in an equitable way based on gender, race, national origin and religion. “It’s key for an employer to have a consistent approach to enforcing its policies, no matter what the particular policy is,” Riley told the National Law Journal.