Already under fire from proponents of higher pay for fast-food workers, McDonald’s was the subject of a litigation attack this week that contends the chain and some of its franchise owners have underpaid workers in violation of wage-and-hour laws.

Seven lawsuits filed in three states allege that the defendants denied employees overtime pay, pressured them to work off the clock, did not allow them to take meal and rest breaks and required them to purchase and clean their uniforms. The plaintiffs, who say these “stolen wages” often illegally cut what they were paid to less than the required federal minimum wage of $7.25 per hour, are seeking class-action status in at least some of the cases, according to the New York Times (reg. req.) and the Chicago Tribune. 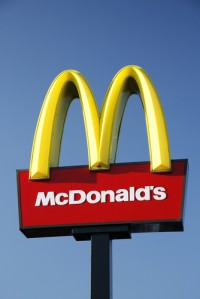 Filed in California, Michigan and New York, the lawsuits reportedly could affect more than 30,000 workers.

“We’ve uncovered several unlawful schemes, but they all share a common purpose: to drive labor costs down by stealing wages from McDonald’s workers,” attorney Michael Rubin, who filed the California cases, told the Times.

In a written statement provided to the newspaper by a spokeswoman, McDonald’s said it is committed to treating workers fairly and will investigate the claims made in the lawsuits.

“McDonald’s and our independent owner-operators share a concern and commitment to the well-being and fair treatment of all people who work in McDonald’s restaurants,” the company said. “We are currently reviewing the allegations in the lawsuits. McDonald’s and our independent franchisees are committed to undertaking a comprehensive investigation of the allegations and will take any necessary actions as they apply to our respective organizations.”