Workers Who Drive While Using Cellphones Are Big Risks for Employers 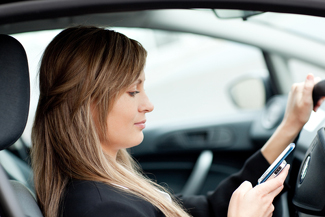 As cellphone-related car crash rates continue to rise, so does employer liability for workers who chat and drive on the job.

The National Safety Council estimates that about 1.2 million car crashes each year involve drivers talking or texting on cellphones, a statistic that also means a greater number of lawsuits aimed at corporations that allow employees to talk or text while behind the wheel, the Washington Post reports.

And with jurors and judges awarding payouts in the millions for injuries—$21.6 million in one case—caused by cellphone-distracted drivers, corporations would be wise to consider employee bans on talking or texting when driving, whether workers are operating company-owned vehicles or making business-related calls while driving a private automobile.

“People think there’s a good defense here by saying, ‘Everybody does it,’ ” Todd Clements, a Texas lawyer who sued a cable company for an accident that killed two women, told the Post. “Well, that’s not true, because the jury doesn’t want everyone to do it. They just want to do it themselves. It’s a huge disconnect.”