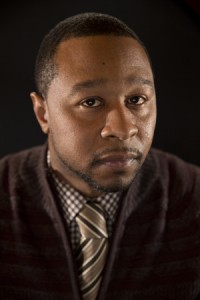 Jarrett Adams, who at age 17 was sentenced to 28 years in prison for an alleged rape he didn’t commit and went to law school after being exonerated, is beginning law practice in New York City, CBS Chicago reports.

Sprung from prison through efforts by the Wisconsin Innocence Project, Adams entered Loyola University Law School and graduated last year. His wife took a job in New York City, and Adams got a job there as a post-conviction litigation fellow with the Innocence Project there.

After finishing law school, Adams spent most of the past year working in a dual clerkship with Judge Ann Claire Williams of the 7th Circuit and U.S. District Judge Deborah Batts of the Southern District of New York. He passed the New York Bar exam in February.

Adams, 35, spent nearly eight years behind bars before his release in January 2007, after his lawyers persuaded the Chicago-based 7th U.S. Circuit Court of Appeals that his trial lawyer provided ineffective counsel. Adams had maintained that he and two others had consensual sex with a woman in a college dormitory. His lawyer, the court found, failed to put on a witness who saw the woman, after the encounter, in a common area of the dorm with the three men, all of them smoking cigarettes. Adams’s story was featured in the ABA Journal along with those of two other exonerees who went to law school after their convictions were determined to be wrongful and they were released.

Adams’ new employer, the Innocence Project, was launched in 1992 by Barry Scheck and Peter Neufeld to use DNA evidence for proving wrongful convictions. Housed at the Benjamin Cardozo School of Law at Yeshiva University, it has been responsible for more than 300 exonerations. The Innocence Project of Wisconsin, which worked to free Adams, was launched in 1998, one of a next-generation of organizations helping the wrongfully convicted.

“I put my mind to it. I put my work behind it. I put God first, and now look at me,” Adams told CBS Chicago.

Jarrett told the ABA Journal in last year’s feature that he had become such an effective jailhouse lawyer helping other inmates in prison that he was deemed a security threat and moved from a maximum security prison in Wisconsin to a supermax facility, where privileges were more limited.

The fact that he’s practicing law “should be a lesson to all those who have obstacles to overcome,” Adams told CBS Chicago.