Younger lawyers are most at risk for substance abuse and mental health problems, a new study reports 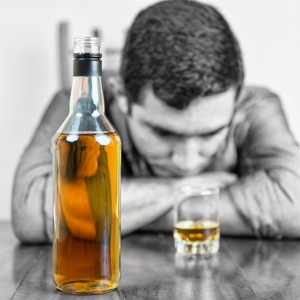 Poll: Have you sought help for substance abuse or mental health issues?

A new study shows that more than 20 percent of lawyers have struggled with substance abuse or mental health problems. Have you ever sought help for either one of these issues?

A new study released just prior to the 2016 ABA Midyear Meeting in San Diego rejects the prevailing wisdom about substance abuse and mental health problems in the U.S. legal profession on two key points.

The study was conducted jointly by the ABA Commission on Lawyer Assistance Programs and the Hazelden Betty Ford Foundation, based in Center City, Minnesota. It is built on responses from nearly 13,000 licensed and employed lawyers and judges throughout the United States. Those participants responded to the 10-question Alcohol Use Disorders Identification Test, a widely used screening tool developed by the World Health Organization that asks for objective and subjective information.

According to the findings, 20.6 percent of the lawyers and judges surveyed reported problematic alcohol use, said Patrick R. Krill, director of the legal professionals program at Hazelden Betty Ford and a co-author of the study. But the study also found, using a variation of the questionnaire that focuses solely on the frequency of alcohol consumption, that 36.4 percent of the respondents qualified as problem drinkers.

The study indicates that alcohol use disorders and mental health problems are occurring in the legal profession at higher rates than in other professions and the general population, Krill said. But he added there is not one clear answer to the question of why legal professionals appear to be more susceptible to these problems than people in other careers.

“This long-overdue study clearly validates the widely held but empirically undersupported view that our profession faces truly significant challenges related to attorney well-being,” he said at a press briefing Saturday. “Any way you look at it, this data is very alarming and paints the picture of an unsustainable professional culture that’s harming too many people. Attorney impairment poses risks to the struggling individuals themselves and to our communities, government, economy and society. The stakes are too high for inaction.”

An online version of the study is on the site of the Journal of Addiction Medicine, the official journal of the American Society of Addiction Medicine. A print version will be released later in February. The co-authors of the study are Ryan Johnson, a research assistant at Hazelden Betty Ford, and Linda Albert, the manager of the lawyer assistance program at the State Bar of Wisconsin in Madison.

The study “creates an opportunity for the legal profession to turn the corner on some of these issues,” Krill said. Possible policy changes, he said, could include:

• Mandatory law school classes on the importance of maintaining well-being.

• Programs to help bar regulators and licensing agencies identify and deal with lawyers who have problems with alcohol or mental health issues.

“People involved in COLAPS probably won’t be surprised by these findings,” said Terry L. Harrell, the executive director of the Indiana Judges and Lawyers Assistance Program, who chairs the ABA’s Commission on Lawyer Assistance Programs. “But the thing is,” she added, “we finally have good data so we can engage the entire profession to do something about this.”