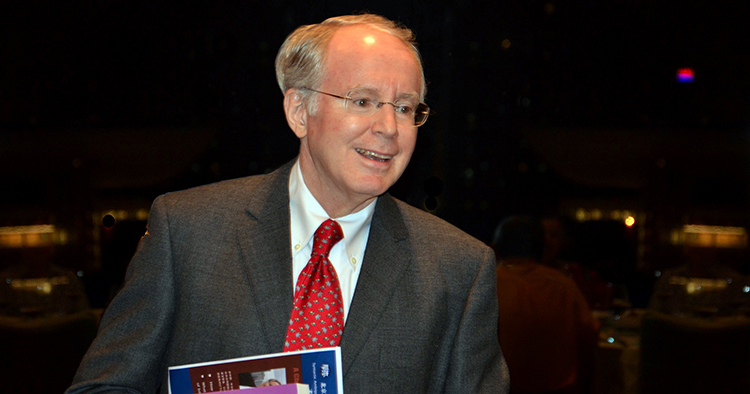 The answer to this question begins with a story from many years ago.

A week after I graduated from Harvard Law School in June 1974, my mother handed me a new draft lease for a warehouse that my family owned, asking me whether I had any comments on it. I read it carefully and then suggested only one change—a rent escalation clause based on the consumer price index. But after three years of legal education, I was unable to make any legal comments on the contract! I was embarrassed and surprised. I had had great teachers of contracts, but they emphasized theory, not practice. I resolved to prepare law students to tackle the costly, time-consuming problems of contract ambiguities.

Many years of practice allowed me to make good on this resolution. I began to teach at the University of Chicago Law School in 2009 and at the Peking University School of Transnational Law in 2012. My course, Drafting Contracts: The Problem of Ambiguity, is based on my experience–several decades of drafting and negotiating Chinese-English bilingual joint venture contracts for American clients. In the 1980s, I formed a China practice group in the Chicago office of Baker & McKenzie that included about 10 legal specialists. Working together with my Chinese colleagues over many years, I learned a great deal about the ambiguous nature of the English language and wrote four books in Chinese on the subject.

Ambiguity is the major cause of contract litigation. Although ambiguity is ubiquitous, it often is unnoticed. And it causes problems when, during the term of a contract, an unanticipated event occurs and each party carefully examines the contract language to determine its rights. Often the language is ambiguous, the parties adopt different, self-serving interpretations, and a dispute is born.

In the course, I teach the students how to identify contract ambiguities, how to analyze them, and how to reduce the risk of ambiguity in order to protect a client’s interest. The students acquire three practical legal skills:

The exam for the course asks the students to use all three to review and comment on an actual contract. I select the contract from the U.S. Securities and Exchange Commission’s EDGAR database of “material” contracts of major companies listed in the United States. In prior years, I have used contracts to which Google, Microsoft, Motorola, Yahoo, Goldman Sachs, Huawei, Alibaba and Tencent were parties.

The exam instructs each student: “Assume you are an in-house lawyer working at [name of company]. The general counsel gives you the attached agreement to review to see whether it should be revised before it is used as the draft for another similar contract in the future.” The students have three hours to review the contract for ambiguities, comment on them and suggest changes to protect the company’s interest.

After grading the exams, I spend two weeks selecting the best student comments and summarizing them in a 20-30 page summary. I then send the summary to the general counsel of the company.

I make clear the summary does not constitute a formal legal opinion from me or from Baker McKenzie, the law firm where I spent several decades. It is merely the comments of law students who are not yet members of the bar. The students look at the contract only from the perspective of the course—searching for and revising ambiguities. Nevertheless, their comments can add value.

In the past three years, I have received many favorable responses, such as the following from the legal departments of the companies:

“We wanted to contact you to let you know how much we appreciate the insights you shared with us from you and your students. [The general counsel] passed your [summary] on to our group because we worked on the transaction that ultimately gave rise to the [exam contract]. It is always illuminating to have fresh sets of eyes reviewing our work, and it is clear that you and your students put a lot of thought and effort into reading and thinking about the [exam contract] you used in your class. Thank you for sharing the resulting insights with us. We will definitely keep them in mind.”

“Professor Torbert, thank you for sending us the [summary], there are valuable comments for our contract drafting and reviewing. I will circulate it internally and let you know if we have questions.”

“I … read the summary, and found it so impressive! As an in-house counsel mainly working on M&A deals, I deal with M&A contracts and commercial contracts every day … I’ve learned a lot from your summary, which I believe will absolutely inspire me in my future daily work.”

But a busy in-house legal department usually does not have the resources either to conduct a meticulous contract review itself or to pay outside counsel to do so. In short, the students’ comments can be viewed as similar to a benevolent hacker’s reporting of some minor software flaws to a programmer or perhaps a white hat community’s crowdsourced reporting.

Responses from the legal departments show that law students, with proper training, can acquire unique practical skills and can help reduce ambiguities and draft better contracts.

Therefore, the answer to the question posed in the title of this article is “Yes.” Law students through study and application of these skills can improve the work of the most sophisticated law firms and in-house legal departments.

Preston M. Torbert is a lecturer in law at the University of Chicago Law School, a retired partner at Baker & McKenzie’s Chicago Office and a founder of the firm’s China practice.