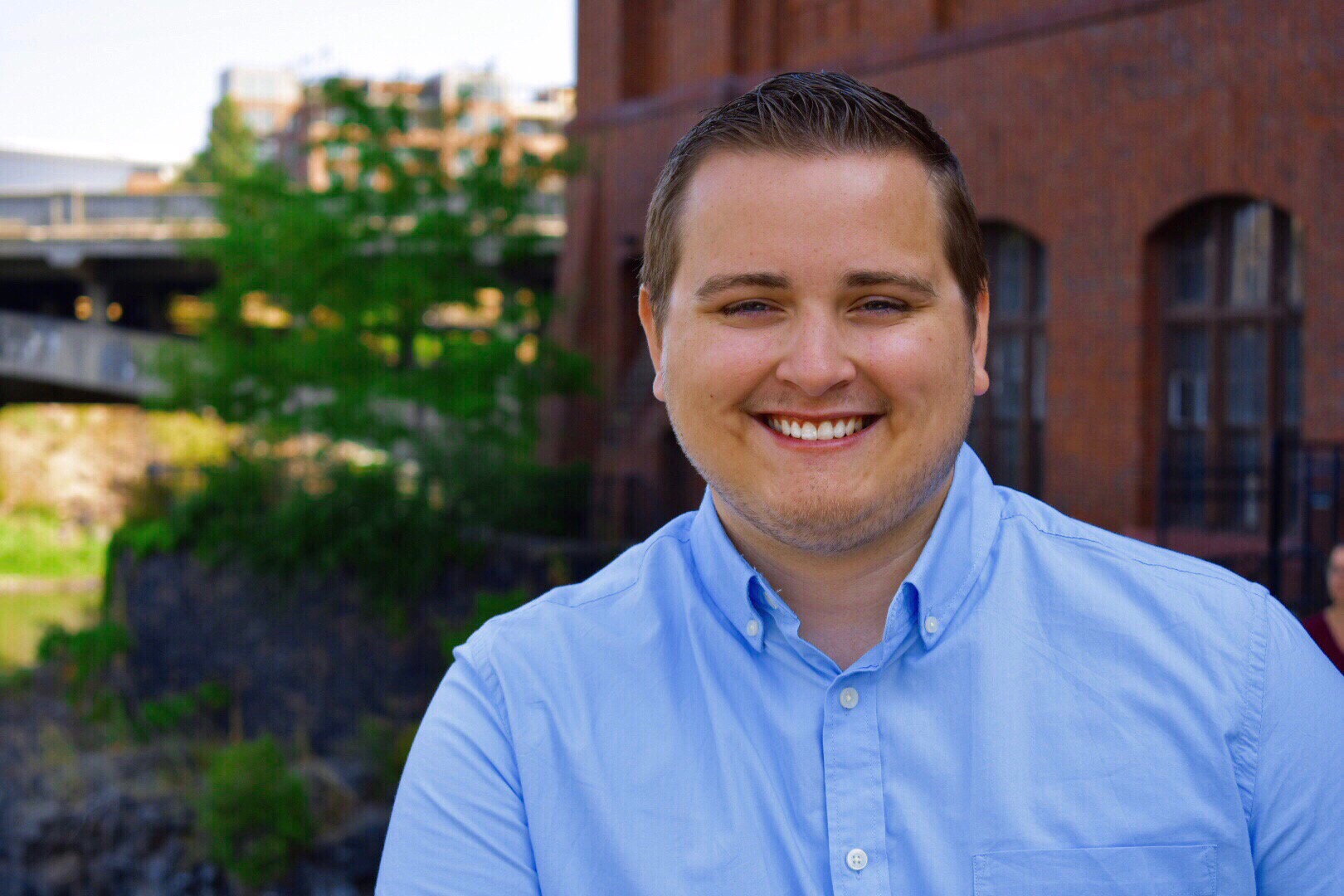 As a third-year law student, I have the concerns that any other 3L has: getting my reading assignments done before class starts, completing internship work, passing the bar exam and finding gainful employment. In addition, when I don my “Make America Great Again” hat, I add the concerns of ostracization among my peers and castigation from professors—the very people I have come to professionally admire.

Having had Jeffrey Omari as a professor, I have known his political leanings for almost one year. As a student in his class, I was present wearing conservative apparel, including a MAGA hat, Trump-Pence 2020 T-shirt and several related stickers on my laptop. After reading his article, I understand why I was not called on with the frequency that left-leaning students enjoyed. The article further creates a feeling of unwelcomeness from Omari toward students of different mindsets.

At my university-affiliated internship, these concerns became a reality. Less than two weeks after Omari’s article, “Seeing Red: A professor coexists with ‘MAGA’ in the classroom,” was published, I wore a T-shirt which read “#BuildTheWall” to my internship on a day when no meetings were scheduled. It had been expressed that we could wear T-shirts, and that has been the norm for my one year at this internship. I took extra precaution by bringing a light jacket to cover it up if a client came to meet with me unannounced.

While in a seminar that afternoon, I received an email from my supervising attorney asking for a meeting after I finished the class. I obliged, only to learn that another supervising attorney and faculty member (who happens to have a sign on her door reading “all are welcome here”) had expressed discontent with the message on my T-shirt. Instead of engaging in a meaningful dialogue regarding the reasons why I wear that shirt, the disgruntled faculty member put me in a position where I was at the mercy of my supervisor.

Mere days after this incident, law school faculty who direct my internship enacted a revision and began an effort to ensure compliance with the dress code to ensure that politically conservative T-shirts may not be worn. The revision added one sentence, which reads that no attire may be worn that contains any message or slogan. What was a facially neutral policy revision, when considered with the circumstantial evidence, became a clear affront to the freedom of speech of conservative students.

When we wake up in the morning, we choose an outfit based on business necessity and style preferences, which are inspired by personal convictions. To wear a Pride pin on one’s suit is not a premeditated attack on those who oppose legalizing same-sex marriage, just as wearing a MAGA hat is not an attack on people of color. Either of these acts, as with all other style choices, are simply a manifestation of personal philosophies. 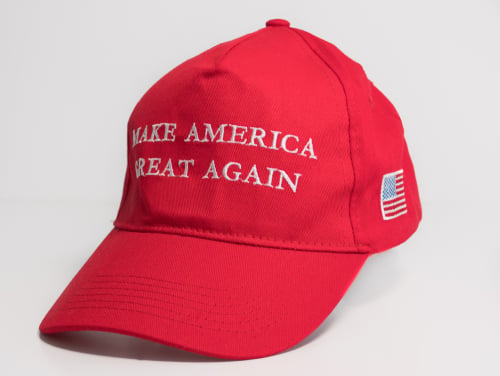 Many Americans, when wearing the MAGA hat, do not have malice in their hearts or minds, they simply want to express themselves. While getting dressed that morning, my mind was on the fact that I was dreading missing my little brother’s 8th birthday. I was in a mental state of sorrow, not of malicious intent.

I didn’t wear the shirt because of an animus toward Latinos; I wore it because I believe in reducing illegal immigration while expanding and streamlining legal immigration. In bypassing me and going to my supervisor, the faculty member never learned this, and a discussion was not able to take place—the result of which could have been positive.

These values range from lowering taxes across all income classes, improving the capitalist market economy, establishing conservative justices on the Supreme Court, protecting Second Amendment rights and investing in critical infrastructure. The hat can and does serve as a mechanism for someone to initiate a conversation about these values.

Looking back on history, successful political campaigns have a slogan, from Jimmy Carter’s “Not Just Peanuts” to Barack Obama’s “Yes We Can.” Trump’s slogan was adopted by his conservative base as a goals statement: that we want to make America great again, for everyone.

Whether that means making unemployment the lowest it has been in decades or increasing military funding, for many Americans, supporting Trump is nothing more than hoping for a change for the better. If nothing else, two Supreme Court seats filled with conservative posteriors is reason enough for a conservative to support Trump and express that support by wearing a MAGA hat.

Freedom of speech was so important to the drafters of the Bill of Rights—which they designed to give the American people enumerated protections from the tyrannical powers that be—that it was placed at the forefront of all other rights. Speech that espouses a political belief is and always has been treated as a fundamental right for all Americans. Freedom of speech is what allows Omari to write an article about his feelings and interpretation of a situation.

We are at a time in American history where diversity is to be celebrated, where racial equality has made tremendous strides and where interracial understanding is high. The 20th century was marred by issues of inequality and suppression of rights on the basis of race.

The champions of the civil rights movement, including Martin Luther King Jr. and Rosa Parks, fought to ensure that all people, regardless of race, had equal opportunity and the right to be heard. Omari and other progressive activists pursue an objective that contrasts with the very purpose of the civil rights movement: suppressing the speech of those who are different from them.

This is my struggle and the struggle of the conservative law student. With an overwhelming majority of faculty falling left on the political spectrum, some will inevitably take strides to not only push their ideology on students, but to also ensure that conservative voices are not heard in the conversation. This happens through contrived dress codes and insinuating, or even enforcing, the mandatory removal of MAGA hats in the classroom.

The educational setting is to intellectuals what a gym is to an athlete: a training ground where we sharpen our ability to debate critical societal issues and form individualized notions of what is right and wrong. It may be argued that there are no free speech rights at a private university. Yet, without the constructive debates that happen in a controlled academic setting, post-secondary education will become an indoctrination facility akin to Nazi Germany’s literature cleansing.

The unfortunate reality in 2019 is that many conservative students do not speak up or identify themselves. The reason may be that we want untainted employment references, we do not want a target on our back or that we simply want to finish law school without any major incidents. But by not engaging in substantive conversations within law schools, students and faculty alike are losing the opportunity to gain a better understanding of each other.

Next time you see someone wearing the red hat, in the classroom or on the street, take five minutes to ask them about why they wear it instead of avoiding the conversation. With a mindset absent of any prejudice, you may understand that there is logic and reason behind the principles that conservatives stand for, as there is for liberal beliefs. When liberals and conservatives come together in mutual dialogue, progress and understanding will result.

Austin Phelps is a 3L at Gonzaga University School of Law, where he is pursuing a JD. He is a graduate of the University of Washington, where he received his bachelor’s degree in law, economics and public policy.